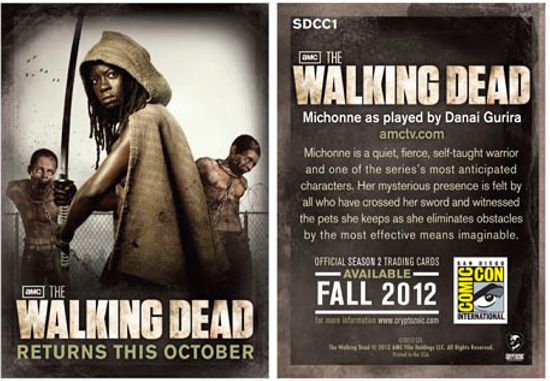 For those of you that didn’t think there could possible be anymore Walking Dead exclusives at San Diego Comic-Con, here’s one more. AMC has announced there will be an exclusive Cryptozoic The Walking Dead Trading Card available.

How do you get your hands on this Walking Dead trading card? It’s simple. All you have to do is go by The Walking Dead Booth #3721 dressed as a zombie. You wouldn’t go to Comic-Con without dressing up like a zombie, would you?

Marvel’s What If Creator Accidentally Pitched Episode With Same Plot as Guardians of the Galaxy Vol. 3