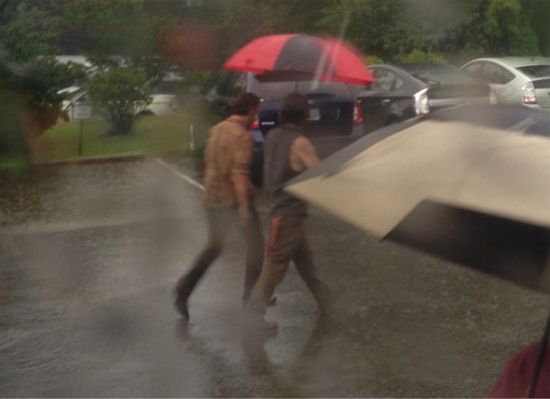 Last month at Comic-Con, Robert Kirkman threatened to kill off Norman Reedus' character Daryl Dixon, because he took the message "if Daryl dies, we riot" as somewhat of a challenge. However, in an interview with Comicbook.com, Norman Reedus suggested the alternative idea of Daryl Dixon hooking up with a group of mermaids and creating a race of redneck fish people.

After snapping this "adorable" photo of Norman Reedus and Andrew Lincoln, Kirkman surely won't have the heart to kill off either one of their characters in Season 4. Will he?