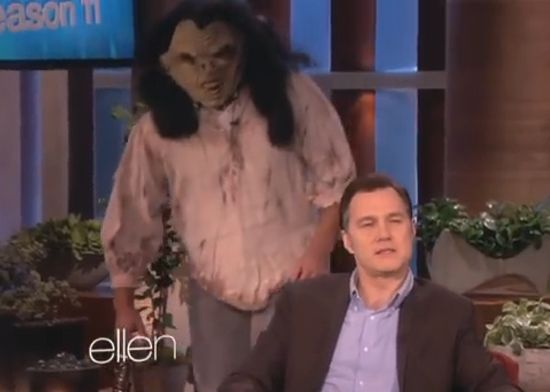 To promote his return to The Walking Dead, David Morrissey, who plays The Governor, appeared on The Ellen DeGeneres Show. Ellen wound up turning the tables on The Governor and actually giving him a good scare for a change. Ellen asked Morrissey if he ever got scared on the show with all the zombies around. Morrissey explained that he didn't get scared while filming the show because he reads the script and knows what to expect. Morrissey pointed out that it was the unexpected things that tended to scare him.

As Morrissey talked, Ellen had someone dressed up in a monster mask sneak up behind Morrissey and suddenly pop around and growl in his face. Needless to say, The Governor appeared to be scared by the sudden surprise. Check out the full video of the incident below.