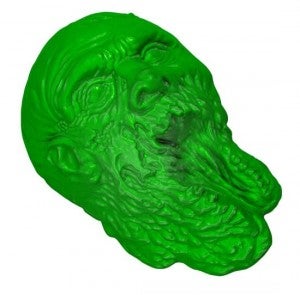 With The Walking Dead as both a hit comic book series and a hit TV series, it should come as no surprise that products related to the franchise would start hitting the market. There are the obvious product lines, such as The Walking Dead action figures from McFarlane Toys. And there are the not so obvious product lines, like the one just announced by Diamond Select Toys.

The Walking Dead Gelatin Molds To Let You Eat The Dead