After walker Patrick kills and eats part of another member of the group, the person that Patrick was eating turns into a walker. As the new walker rolls over out of his bunk, part of his guts fall out.

On the Talking Dead, executive producer Greg Nicotero revealed that particular kill scene was inspired by George A. Romero. The shot of victim’s guts spilling out is a direct homage to his zombie classic “Day of the Dead.” 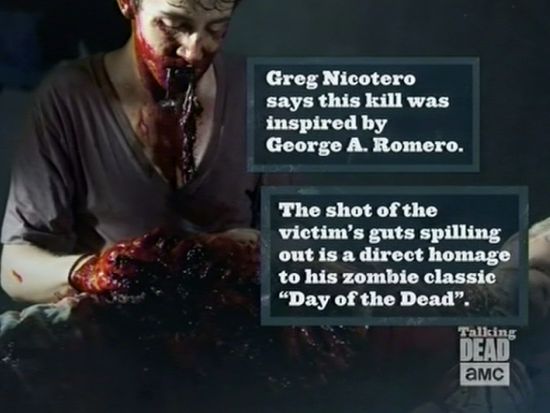 The Walking Dead Included Homage To George A. Romero’s Day Of The Dead