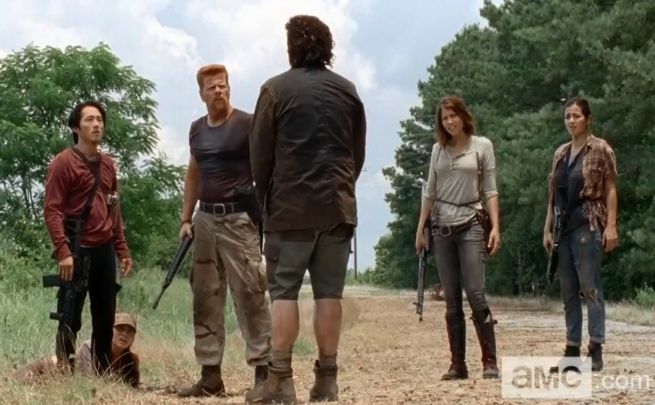 Spoiler Warning: If you have not watched the “Self Help” episode of The Walking Dead, then be warned that this article contains spoilers for the episode.

Abraham punched Eugene in the face hard, and Eugene fell face forward onto the hard pavement in front of him. Abraham would likely have continued beating Eugene if Rosita had not stepped in front of him. When the group rolled Eugene over, his faced was bloodied, his eyes were open, but he was non-responsive.

Eugene was likely out cold, but there’s also the possibility that the combination of Abraham’s punch and hitting the pavement killed him. In the comic book series, Abraham gave Eugene a beating when he found out the truth as well. But in the comics, Abraham did not kill Eugene, so it’s likely Eugene is just knocked out and will wake up and be ok.

But the TV series doesn’t always follow the comic books, so fans might have to wait until a future episode to find out for sure if Eugene regains consciousness.

The Walking Dead: Is Spoiler Dead?