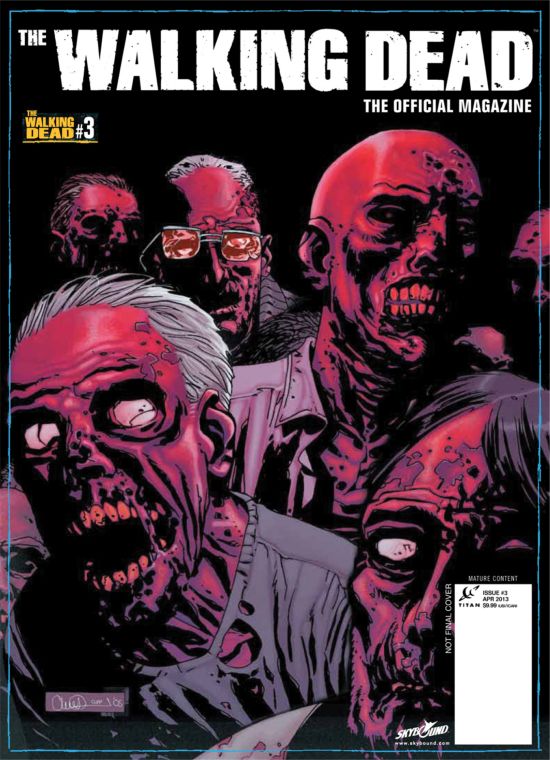 According to Skybound, the 100-page issue “focuses on the importance of family in a zombie-infested world. From Rick’s dedication to his son, Carl, to the more fractious relationship between the TV series’ rival siblings, Daryl and Merle Dixon (Norman Reedus and Michael Rooker, both of whom are interviewed in this issue). Also in this issue, The Walking Dead creator/writer Robert Kirkman answers more readers’ questions; letterer Rus Wooton reveals what working on the comic book is like; we prick up our ears to the music of the TV show; we find out the latest news on the forthcoming Activision videogame; and we visit the season three set of AMC's hit television show,The Walking Dead, to learn what it takes to be transformed into a flesh-hungry zombie from (fill in from who). We’ll also have the latest news, reviews and tips for fans of all things The Walking Dead.”

The Walking Dead, The Official Magazine Issue #3 will be available on newsstands and in comic book stores in the US on March 5, 2013. 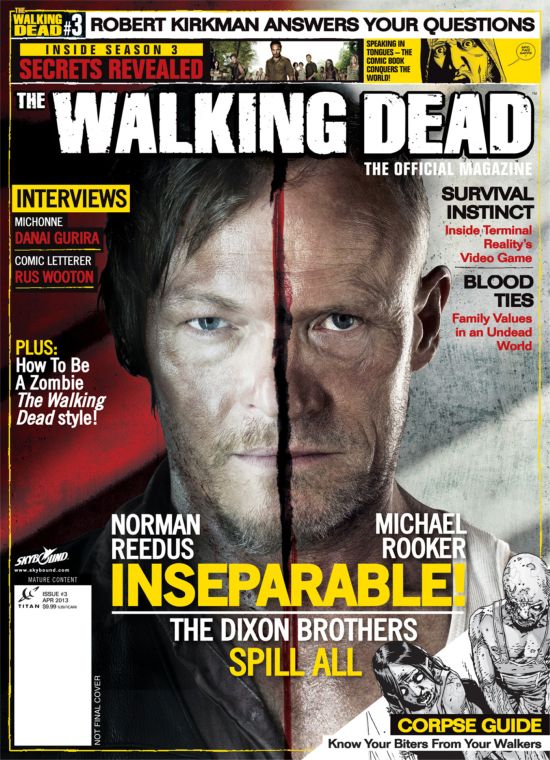