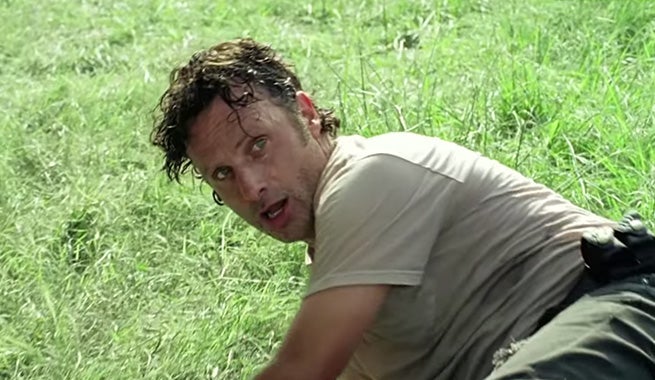 The Walking Dead's midseason finale airs tonight on AMC, marking the last episode until Valentine's Day. It's no secret that finales of this series tend to be chaotic and unpredictable, but even so, we're going to make a few predictions.

But first, let's remember where we left off going into the eighth episode of The Walking Dead's sixth season.

Now, let's take a look at what all of this can lead to in tonight's episode. Be warned, this means spoilers for The Walking Dead comics and possibly for the TV series, as well.

Ron having a gun and Carl wearing that Sheriff's hat is setting up one of The Walking Dead comic's most iconic and breathtaking moments.

Though, in the comics, it isn't Ron who shoots Carl in the eye, leaving a permanent scar and altering his character going forward, it wouldn't make much sense to follow the comic book storyline completely. If the show were to directly adapt the comics, in this case, it would be Deanna who takes out Carl, while she is devoured by multiple walkers.

While I don't doubt Deanna will fall with the walls of her community, leaving Rick with legacy and expansion plans, I think Ron will be the one to take aim at either Rick or Carl. Like Rick said, "you'll get scared" and "you'll miss." Whether Ron aims for Rick and hits Carl, aims for a zombie and hits Carl, or just flat out aims for Carl... There's a reason the angry teen has a loaded gun.

The Wolf Kills Someone 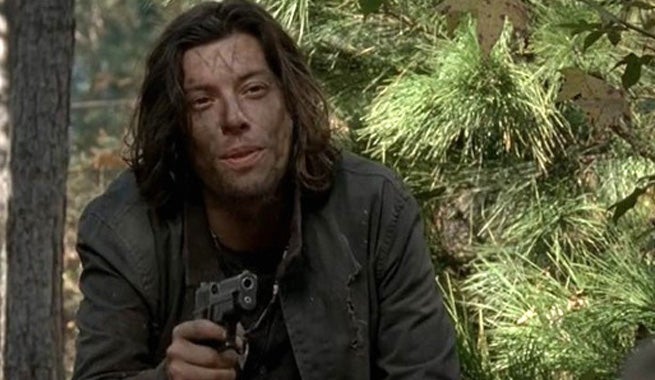 Morgan is foolishly holding a savage (and possibly last) member of the Wolves in the basement of an Alexandria home. There's no way that goes well.

Who will he kill? There's no way of knowing for sure. Maybe, Olivia, that clumsy chick who guards the armory. But it's a safe bet that he'll at least make an effort to kill someone while he has a moment of freedom amongst the chaos, only to be eliminate by Carol or another survivor. 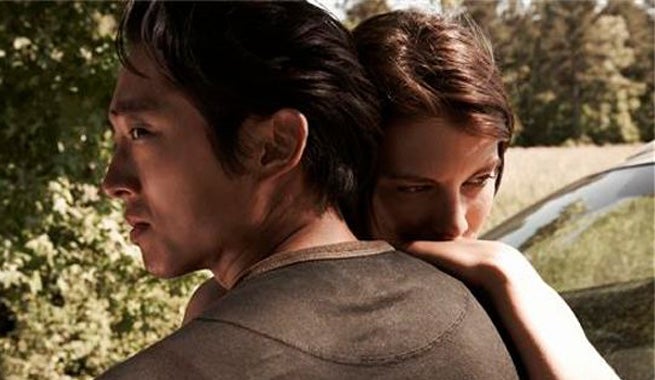 Hard to believe it's only been a few weeks since the Glenn mystery started. It feels like forever. It probably feels like a whole lot longer to Glenn's pregnant wife, Maggie.

Though the previews for tonight's episode show Maggie in trouble, the couple will surely reunite in Start to Finish.

Whether or not Glenn makes it out of the second half of season six, with the impending Negan introduction, that's a different story...

Daryl, Abraham, and Sasha Save the Day 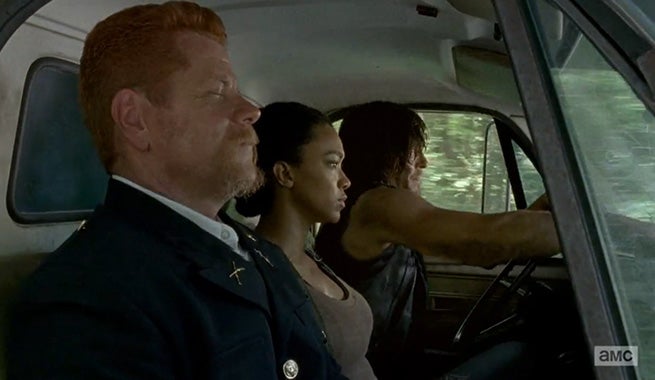 Daryl, Abraham, and Sasha are always ready to open up a fresh can of whoop-ass.

In the comics, Abraham is among a small group of brave survivors who put down the last of the walker herd inside of Alexandria and don't forget - Daryl doesn't exist in that world.

My bet: The trio shows up after Rick (or someone in Alexandria) calls out for help on the radio and save a life that was surely doomed otherwise.

The finale will be packed with a few shocking moments, such as Carl's aforementioned facelift, but one which will likely come first, will be Jessie's loss of a hand.

In the comics, Rick, Jessie, and a few others cover themselves in walker guts as a guise to escape the dangerous, zombie filled Safe-Zone. Jessie's son gets scared (I'm looking at you, Sam) and attracts a hungry horde. Jessie tries to save him but is ultimately devoured herself, while holding on to Carl. Rick severs her hand to set his son free and leaves her behind to be eaten by the herd.

Rick does what it takes to survive.