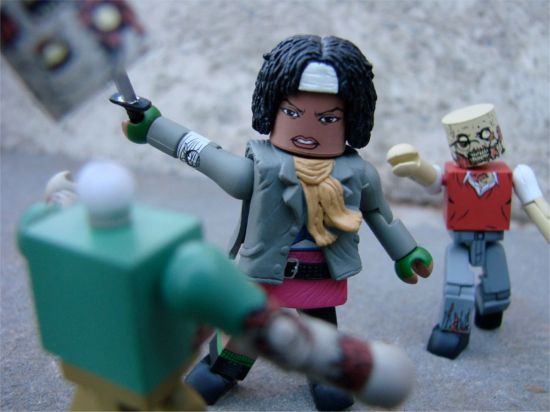 Diamond Select Toys has partnered with Amazon.com to create an exclusive four-pack of Minimates, based on the comic book series from Robert Kirkman. The Amazon.com Walking Dead exclusive includes two new zombies, a Roamer and a Lurker, plus all-new versions of Michonne (with angry expression) and Rick Grimes (in prison garb, with battle damage).  The Rick Minimate comes with shotgun and pistol, while the Michonne Minimate comes with a sword.

Each Minimate stands 2 inches tall with 14 points of articulation, and features interchangeable and removable parts. The Amazon.com Walking Dead exclusives are set to be released in mid-December. 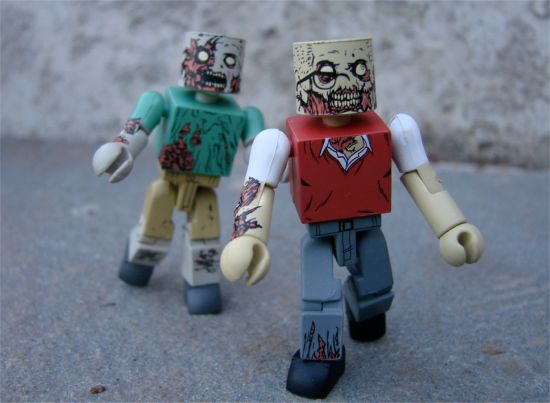 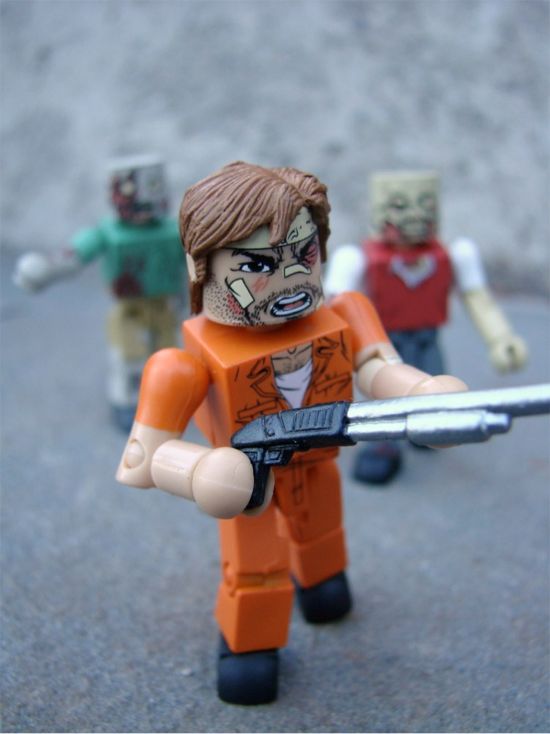 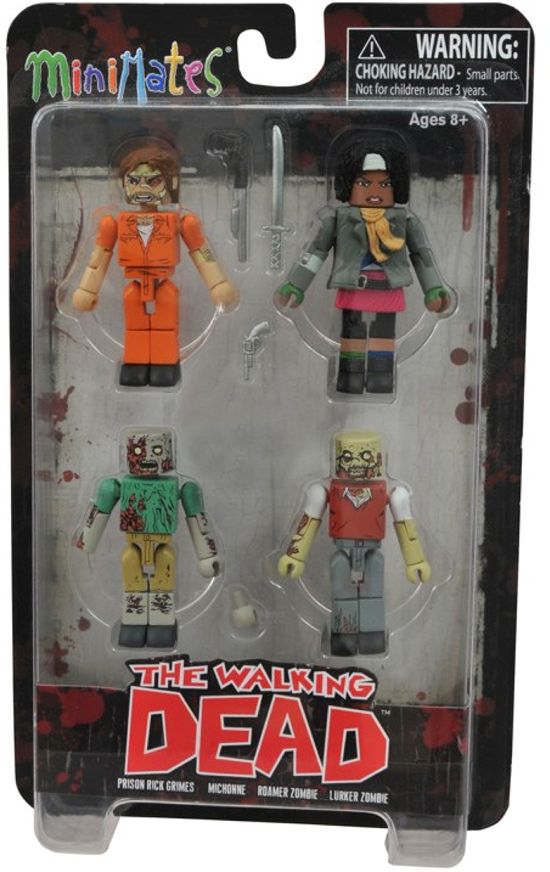