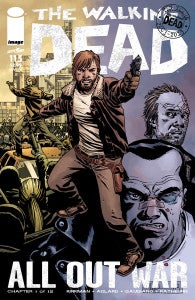 The long-promised "All-Out War" storyline begins in this week's The Walking Dead #115, due in stores tomorrow, and Image Comics have released a preview of the issue for fans.

You can check out the cover at right and the six-page preview below.

In the preview, we see Rick and Andrea grappling with the decision--one that's already been made, and isn't changing--to take the war to Negan. There will be casualties, they know, but it will be fewer than there would be if they let Negan continue on unchecked.

The fourth season of AMC's The Walking Dead begins this weekend, and a number of 10th Anniversary celebratory events are set up around the comic at this weekend's New York Comic Con. 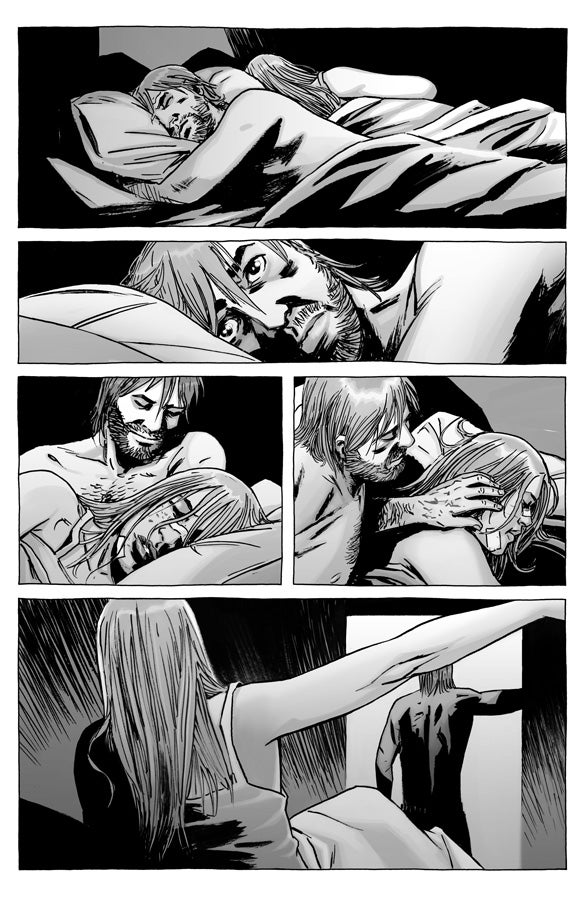 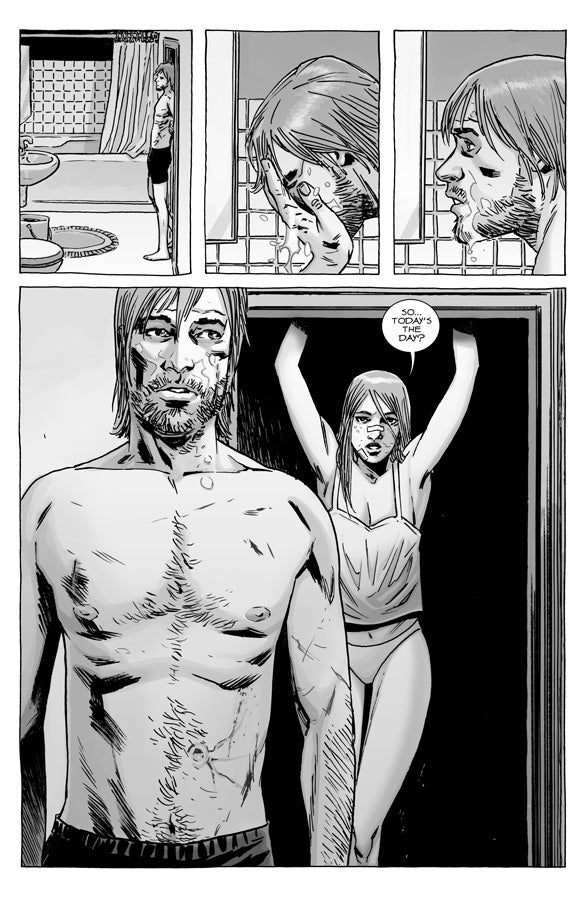 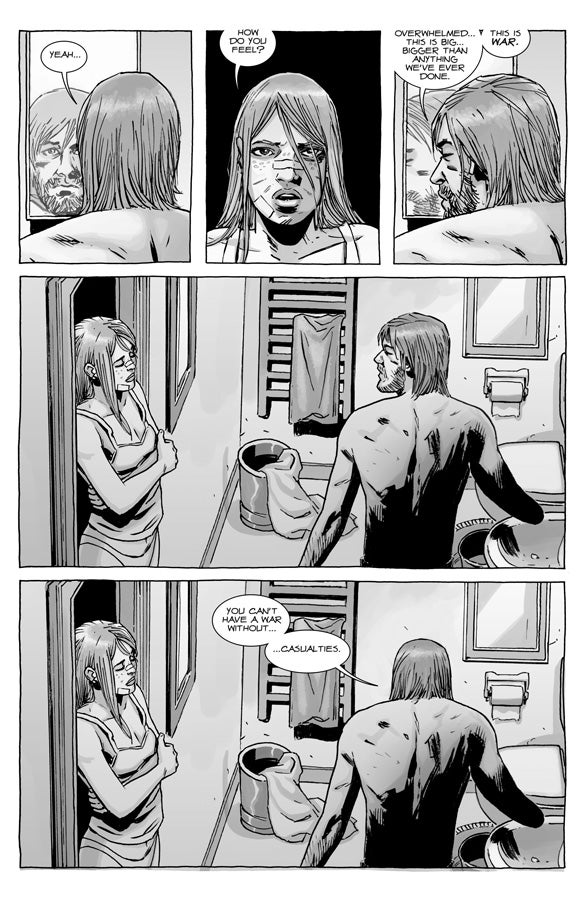 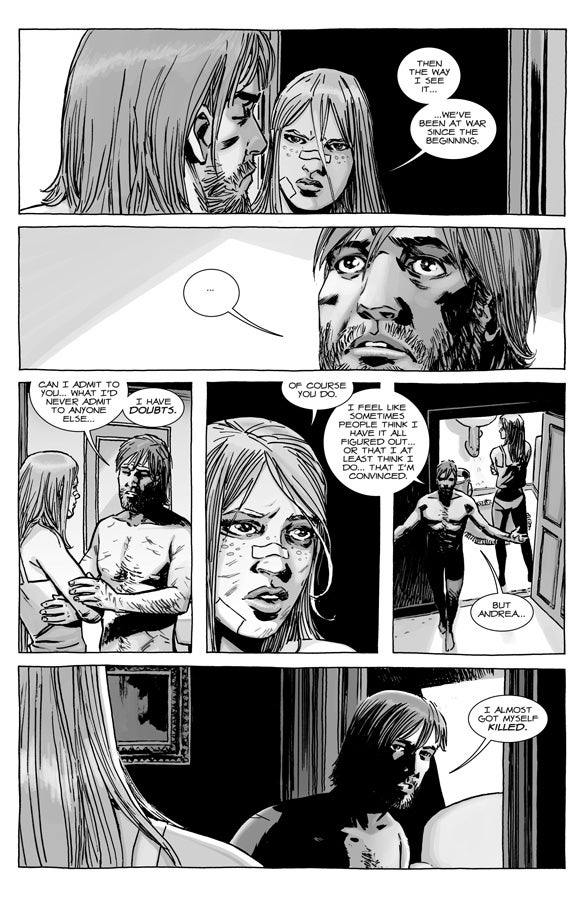 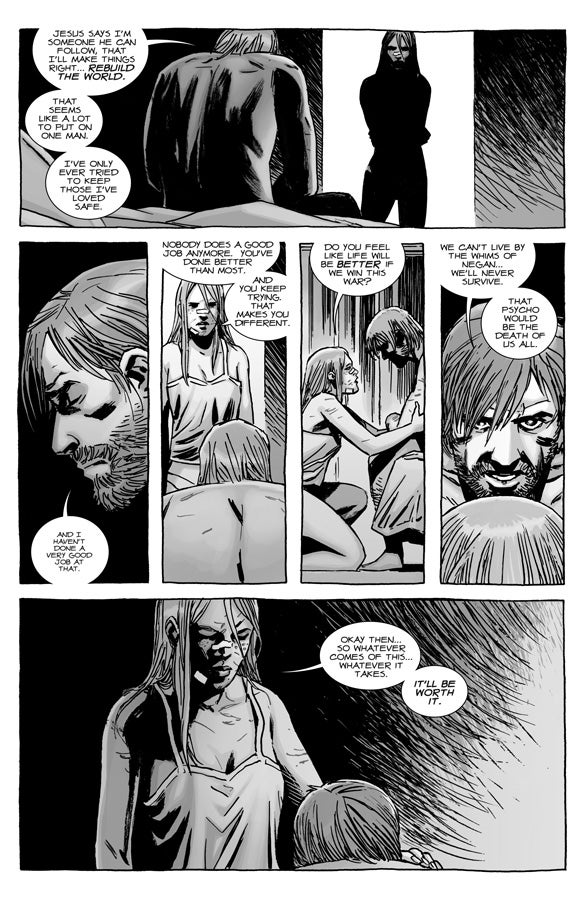 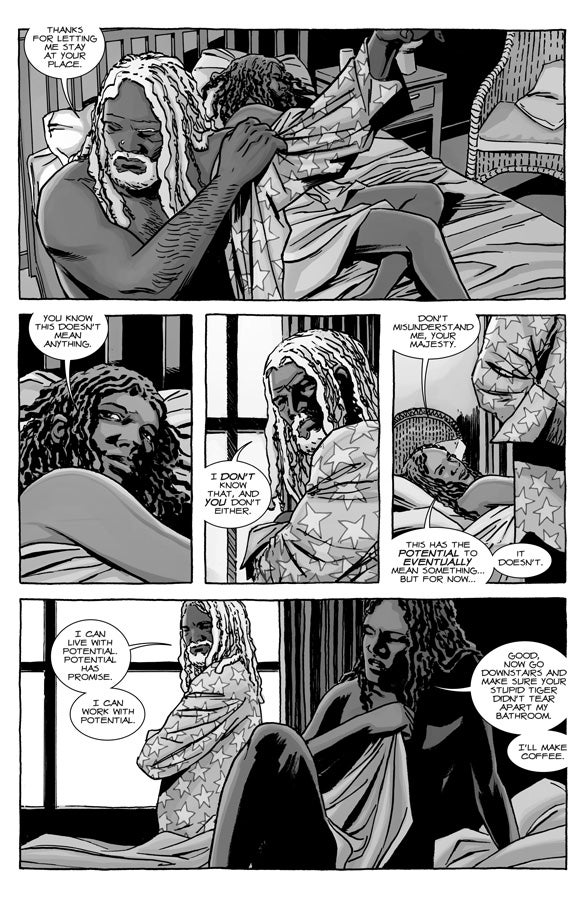