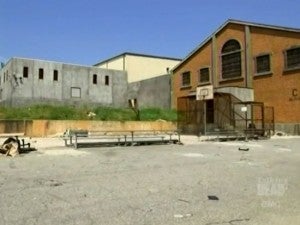 "The Walking Dead Season 3 is just going to blow seasons 1 and 2 out of the water, it's gonna be crazy," says series creator and executive producer Robert Kirkman as he tours the prison set that's been built in Georgia for the upcoming season of the hit AMC survival drama.

The writer, who also says the set has exceeded his expectations, explains that the AMC effects team have been painting dirt and grit onto sets and leaving garbage around to create a convincingly old and chaotic setting for the series.

Check out the full video below, with an in-depth look at the prison, and tune into The Walking Dead on October 14.