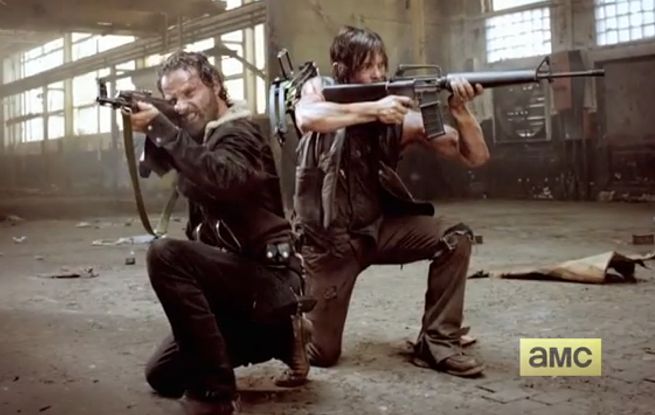 At the New York Comic Con earlier today, AMC officially announced the air date for The Walking Dead Season 5 mid-season premiere. After the show wraps up the first half of the season in 2014, the mid-season premiere for Season 5 will air on Sunday, February 8, 2015.

February 8 just happens to be the week after the 2015 Super Bowl, which airs on February 1, so fans won't have to decide between the big game and The Walking Dead.