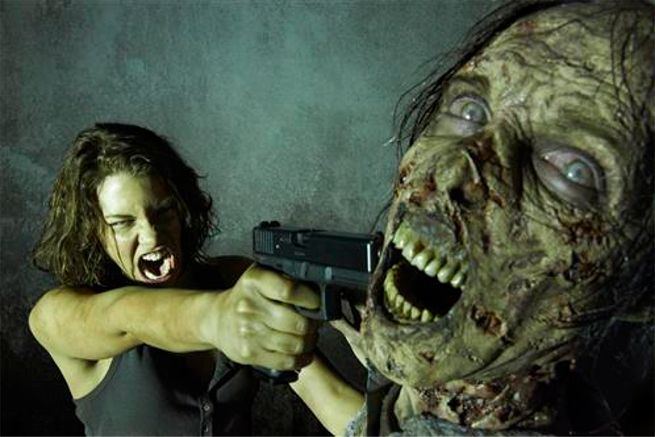 The cast members shown in the photos in the gallery below are Melissa McBride as Carol, Norman Reedus as Daryl Dixon, Danai Gurira as Michonne, Michael Cudlitz as Abraham, Steven Yeun as Glenn, and Lauren Cohan as Maggie Green.

Is there anything that can be read into certain cast members apparently not being included in the photo shoot? Probably not, but we’re sure it will lead to some speculation over if the rest of the cast survives the season.

While most of the cast seems to be pretty intent on killing the walkers surrounding them, Norman Reedus doesn’t look that concerned. Daryl Dixon ain’t afraid of no walkers. He’ll kill them when he gets around to it.

The Walking Dead Season 5 airs on Sundays at 9 PM ET on AMC.

One Piece Sets Up Big Mom's Massive Beef with Ulti