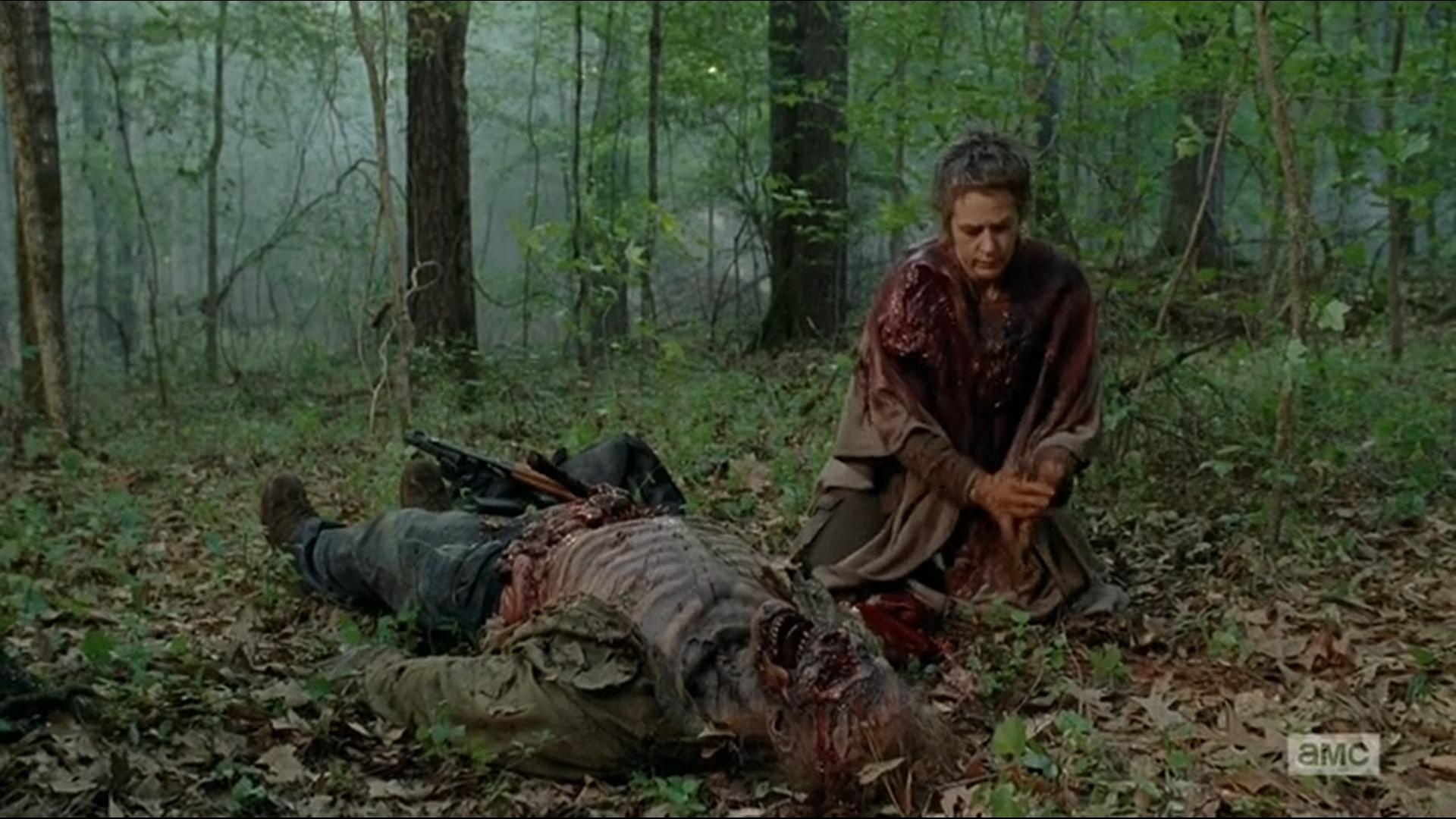 Last night's fifth season premiere of AMC's The Walking Dead delivered the highest ratings in series history, with 17.3 million viewers and 11 million adults aged 18-49, increases of 7% and 6%, respectively, over the season four premiere, the previous record-holder.

That's based on overnight numbers, of course, and the live plus three-day and live plus seven-day numbers for genre shows typically rise significantly.

The Walking Dead continues to be the #1 show on television among adults 18-49. Last night’s episode outperformed everything else on television in this key demographic, including Sunday Night Football, by over 2.5 million adults 18-49. With time-shifted playback (AMC replays The Walking Dead twice throughout the night), the season five premiere should exceed 22 million viewers.

“It’s a Dead man’s party. Who could ask for more?” said Charlie Collier, AMC president. “Enormous thanks to our friends and executive producers Robert Kirkman, Scott Gimple, Greg Nicotero – who also directed last night’s terrific premiere – Gale Anne Hurd, Dave Alpert and Tom Luse and all of their fellow producers, cast and crew for everything they do to make the #1 show on television such a unique and incredible experience for the fans. ‘The Walking Dead’ is one of those increasingly rare shows today that can command a live audience not significantly cannibalized by time-shifted viewing. Who would have thought that cannibalized television could be curtailed by cannibal-ized television?”

The after-watch show Talking Dead, which provides commentary and usually comic relief on the episode of The Walking Dead airing before it, also enjoyed record ratings last night, as its fourth season premiere on Sunday was the highest-rated premiere in series history with 6.9 million viewers and 4.5 million adults aged 18-49.  That is an increase over last year’s premiere of 34% and 35% respectively. The premiere episode featured series’ showrunner and executive producer Scott M. Gimple, executive producer Greg Nicotero and late night host Conan O’Brien.

The episode was similarly dominant on social media, driving a massive amount of discussion and trending all night on both Twitter and Facebook.