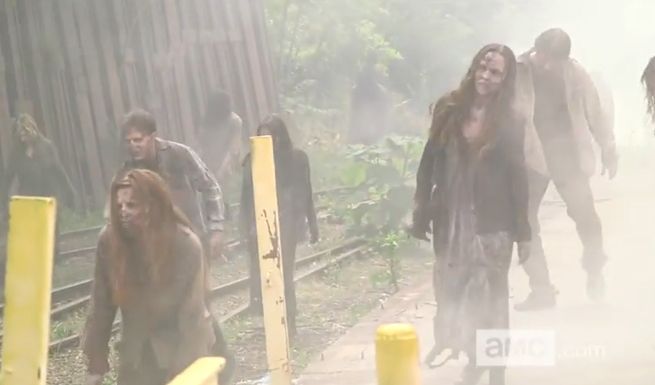 In a new interview with Entertainment Weekly, The Walking Dead Executive Producer Gale Anne Hurd assured fans that the series won't rest on its laurels, and that this year is the most ambitious season they've made so far.

"The show has spent a lot of time in primarily rural settings. But you’re never going to find the cure to the zombie apocalypse in the sticks," Hurd said. "Now with them embarking on a mission, they have to reenter what we call the City of the Dead. There are many cities of the dead that they’ll have to encounter to complete their mission. So not only does it make it more difficult because the number of walkers, but also there are more hiding places in which their human antagonists can lurk. So however stiff and difficult the stakes have been up until this season, now they’ve been raised even further."

Of course, in the comics, the mission was...unsuccessful. Eventually, that led them back to the wilderness...but even then, it was never quite as rural as it was prior to the fall of the prison, as Rick and company started to encounter other Woodbury-like settlements of survivors which have become key to the story since.

She also wanted to tease the fate of Beth Greene, who has been missing since shortly after the fall of the prison, when she was kidnapped (or rescued? Hard to say) in front of Daryl's eyes during a walker attack by a mysterious stranger in a car.

"Well, she’s on her own now, The good news is that she has a huge desire, unlike she did when we first met her, to live, to survive, and to rejoin the group," Hurd said. "But that may not be what the people she’s encountered have in store for her. Clearly, she’s got her hands full, as you can tell from the very last shot of the promo. She’s in a place where it’s not all sweetness and light."

The Walking Dead returns on AMC Sunday at 9 p.m. ET/PT.