With official (and unofficial) images starting to leak from the set of The Walking Dead's third season on AMC, some unfamiliar faces are showing up. While there will almost certainly be some more (rumors have it that at least two new recurring characters will join the cast this season, a pair of survivors who don't appear in the original comic books), it seems pretty clear to anyone paying attention that some of these characters have major roles to play.

Now, in a perfect world everyone would just buy the comics and revel in the awesome. That would help you have a sense for most of the characters and why they're so integral to the ongoing story of Rick's band of survivors. But since we all know that ain't going to happen (something like ten million people watched The Walking Dead's last season finale, as opposed to about 50,000 who read the comic last month), so why don't we offer a quick sampling of what to look out for this time around?

Here are our picks for the characters to watch this year; we think they're going to make a huge impact on the direction of the show. 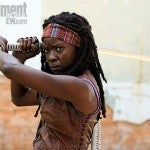 Showing up just in time to save Andrea last time, Michonne was literally shrouded in as much burlap as mystery at the end of season two. Come season three, we've already seen the robes come off, the sword come out (again) and a lot of talk about the importance of the character and the great performances they're getting out of Danai Gurira.

Michonne is a fan-favorite character in the comics, and someone who they've obviously put a lot of energy behind promoting. Not only did she get a great introduction at the end of season two, but her origin was printed (for the first time, mind you) in Playboy that same week. That's a long way to go if you didn't have plans in place to make her more than just another silent part of the ensemble. 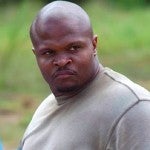 Okay, so up til now, he hasn't exactly been essential to the story. But the fans have noticed it, and producers have repeatedly promised that there's a long game in place for T-Dog, and it involved more than just wandering into the shot with a serious face on.

He's arguably the only one of the survivors created for the TV series who, up until now, hasn't served any real purpose. On the other hand, he was the only nonwhite series regular for the first two years and with the addition of Michonne (and a rumored appearance by Tyreese in the offing), you can't rest on those laurels anymore. If he isn't useful soon, he'll be at the top of everyone's "must-go" list sooner than later. 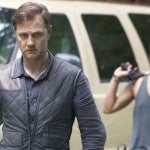 The season's big bad is the most disgusting, cruel and truly despicable villain we've seen in comics in some time. In a world where everyone lives in shades of gray, only Rick sticks to his ideals (mostly) and so The Governor had to be almost completely evil in order to be the anti-Rick.

Look for that dynamic to be even more pronounced in the TV series, as Rick has recently instated his "Ricktatorship," telling the survivors that if they expect him to lead them, they'll have to actually follow his lead. That sets of the eventual conflict between the survivors at the prison and those at Woodbury as a kind of war between two arrogant kings, and it's hard to argue against, in a war story, following the actions of the opposing commander closely. 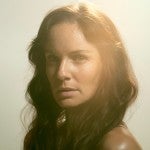 Most of we comic book readers are assuming that The Governor will appear this season and that, by the end of the year, we'll see the "big showdown" between his group and Rick's. If that's the case, and if the TV series follows the pattern established in Robert Kirkman's comics, Lori's pregnancy will become a major part of the plot going forward.

What happens, after all, when you get closer to term in a world where there's not only noplace for you to go get a sonogram but no OB to deliver your baby? The drama of Lori's pregnancy will likely be a big part of the story as delivery draws near and, at least in the comics, that's just the beginning. Remember that already-voiced concern: When you've got a newborn in this world, every fit and soiled diaper can be the time the baby's screams attract the walkers! 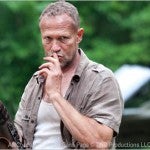 Merle may be a jerk, but he's the fans' jerk. When he and his brother Daryl became unexpected fan favorites during the first season, nobody had any doubt that his disappearance would be temporary.

Now that AMC has released an official image of the character, and now that he appears to be staying at the Woodbury camp, his role seems to be coming somewhat more into relief.

What will he be like when he's stripped of his support system, as Daryl is closer than ever to Rick's band of survivors? Will he face off against Daryl in actual, physical combat if the two camps come to blows? And how will he deal with not being the scariest guy in the room when the Governor's around? Merle is a profoundly unstable element. So is the Governor and, more and more, so is Rick.  At some point, there's only so many unstable elements you can mix together before there's an explosion.