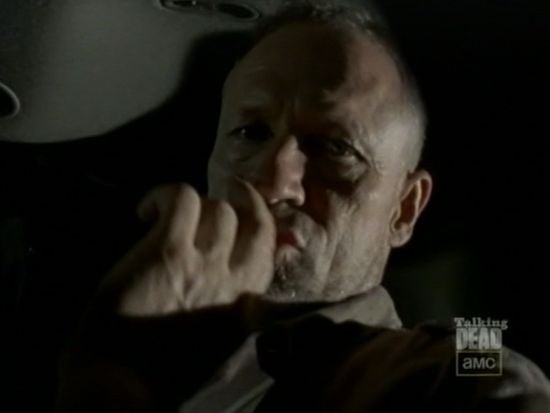 After the conclusion of the “Sick” episode of The Walking Dead, there was a sneak peek at next week’s Walking Dead episode called “Walk With Me.” In the sneak peek, a helicopter crashes in the woods. Andrea and Michonne see the crash and go to check out the wreckage. Two trucks pull up at the wreckage, and the next thing we know Andrea and Michonne are in Woodbury as “guests” of the Governor.

On The Talking Dead talk show, there was another sneak preview of next week’s The Walking Dead “Walk With Me” episode. On the sneak peek that aired during The Talking Dead, Andrea is blindfolded and appears to be in the back of a van. Andrea whispers Michonne’s name, and Michonne replies “Right here.” Then, Merle appears and goes “Shhhh..” 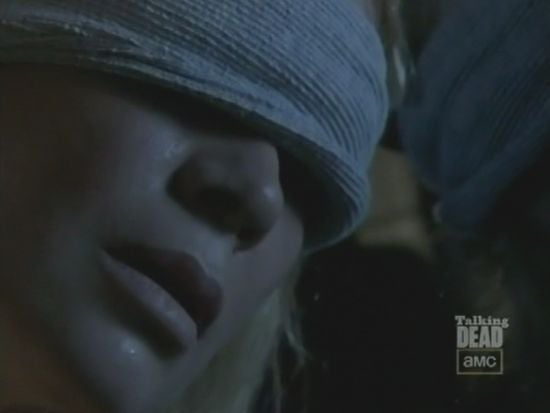 The Walking Dead “Walk With Me” episode will air on Sunday, October 28 at 9 PM ET on AMC. Check out the video preview of the episode below.

The Walking Dead Sneak Peek At Next Week’s Episode