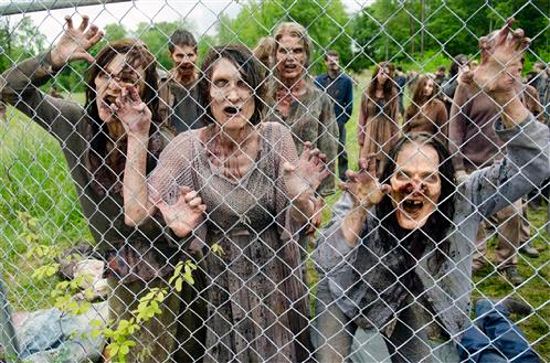 While the cast and crew of The Walking Dead are under orders from AMC not to reveal specific details of what is going to happen in Season 4, the hints that are being dropped definitely seem to indicate that fans are in for a wild season. In particular, Norman Reedus recently revealed during an interview with Schmoes Know that something similar the Red Wedding bloodbath in Game of Thrones is coming. We’re assuming that also means popular characters will die.

Reedus said, “I will say this season, it has all the war and the blood and everything else that the first three seasons had, but it breathes a little bit differently. You really get into character development. You see what makes people stand up and fight and what makes people cower in the corner. It gets real tricky, and people talk about the threat within this season. And there’s like ten threats. I’ve done like a million interviews in the past week and nobody’s guessed it. This season is crazy.”

When asked if there was anything that was comparable to the Red Wedding in Game of Thrones, Reedus answered, “Yeah, without a doubt, just wait.”