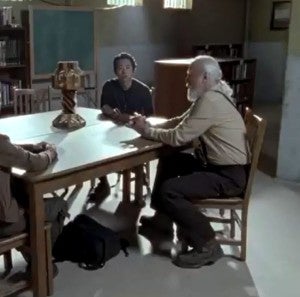 When AMC released The Walking Dead Season 4 trailer at Comic-Con earlier this summer, it created quite a stir online for one big reason. In the sneak peek, Hershel Greene was shown with two legs. Fans wondered if Hershel’s second leg was an editing error, if Hershel had magically regrown his leg, or if Hershel had found a prosthetic leg.

Earlier this week, AMC released a brand new video, which finally solved the mystery behind Hershel’s re-appearing leg. Despite being in the middle of a zombie apocalypse, it appears as if Hershel was indeed able to find a prosthetic leg which fit him. In the new video, Hershel can be seen kneeling down, and the metal part of his prosthetic leg can be seen peaking out between his pants leg and his shoe.

There is a six to seven month gap between the end of Season 3 and the beginning of Season 4 of The Walking Dead, so it will be interesting to see how AMC addresses Hershel’s new leg. Instead of actually showing Hershel finding the leg, we’re expecting some off-handed comment from Hershel thanking Daryl or someone else for getting a leg for him when they raided an abandoned hospital for medical supplies. 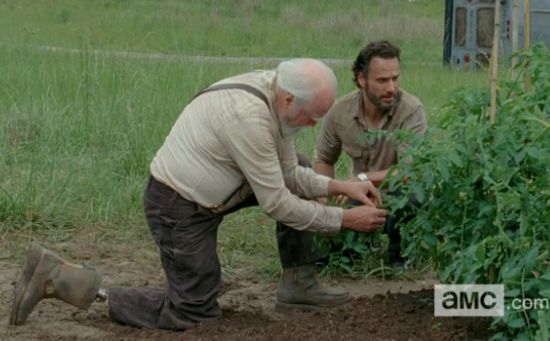