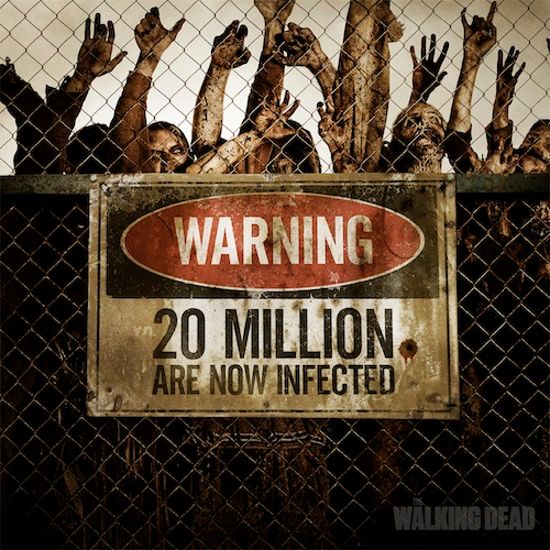 Also, on the social media front, AMC has released the social initiative #BiteMe, an upgrade to The Walking Dead’s “Dead Yourself” app that allows fans to “bite” and “infect” their Facebook friends, turning them into photo-realistic walkers. Fans simply need take or import a photo of their friend, edit the photo using the incredibly realistic zombie eyes, mouths, parts and props from the actual show (including new parts from Season 4) and then share the new portrait on social media and within the app's Walker photo gallery. The app also includes a leaderboard for America’s Top Biters and a Heat Map that populates new infections and bites by location.

The Walking Dead Season 4 is currently airing on Sunday nights at 9 PM ET on AMC.