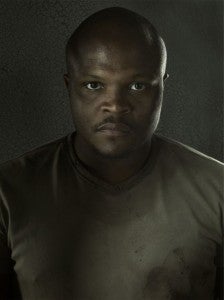 IronE Singleton revealed, “When they hired me they said only two or three episodes, but it turned into three seasons.” When Merle left the show during season one, it actually seemed to cut short one of the potential storylines involving Daryl, Merle, and T-Dog. When asked if Merle leaving in season one worried him, T-Dog reiterated, “I was worried before he left because I was only supposed to do two or three episodes.”

However, IronE Singleton wasn’t angry about his character getting killed off in season three. Singleton explained, “No, I was sad more than anything, because I wouldn’t have the opportunity to go to the set and see those beautiful people.” As far as keeping up with his former castmates, Singleton added, “Once Walking Dead, always Walking Dead. We’ll always be family.”

In regards to lessons learned on the show, Singleton said, “I think that pretty much good things come out of situations where you always have a positive attitude.” Singleton added, “That’s one of the things that kept T-Dog around for so many seasons.”