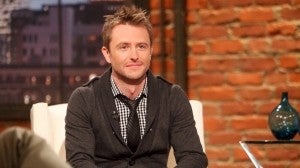 A very special episode of AMC's Talking Dead, the live call-in show that autopsies the just-finished episode of The Walking Dead, just aired featuring executive producers Glenn Mazzarra and Robert Kirkman as well as Laurie Holden, who plays Andrea on the show. For those who didn't watch this week's episode, Andrea had a pretty big week.

Aside from a surprise call-in from Saturday Night Live alumnus Fred Armisen, it was a fairly standard show for the most part. Mazzarra did reveal that the deaths in the final few weeks played out somewhat differently from what was originally planned, though--he told host Chris Hardwick that originally, Jimmy was supposed to have died in "Judge, Jury, Executioner," instead of the cow that Dale found, and that Hershel Greene was intended to die last week as part of a failed escape attempt by Randall. Without spoiling the status of those characters, it's safe to say that neither character died in that way.

Asked by a fan whether Merle Dixon, Morgan Jones or his son Duane would appear in season three, Kirkman said that he couldn't answer the question directly but would promise that there was "a 100% chance of 33% of those people" appearing in season three. He's presumably talking about this news item, revealed by the actor at WonderCon. 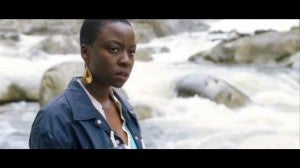 Kirkman then confirmed that Michonne will be coming to the show in season three (and indeed made a brief appearance this week), and that when she does, the character will be played by Danai Gurira, a young actress whose most notable previous credit was a six-episode stint as Jill on HBO's Emmy-nominated show, Treme. The fan-favorite character's appearance had been rumored all season long, but was essentially confirmed in the minds of many when, earlier this week, it was announced that her "origin story," an original strip that never made the comics, would be revealed in an upcoming Playboy magazine.

...Oh, and apparently Dale's RV is the same make and model of Lone Star's Winnebago from Spaceballs. Which is awesome.

A Storm Is Brewing in The Walking Dead: World Beyond 105 Exclusive Opening Minutes

Tfue Reveals Why He Quit Fortnite