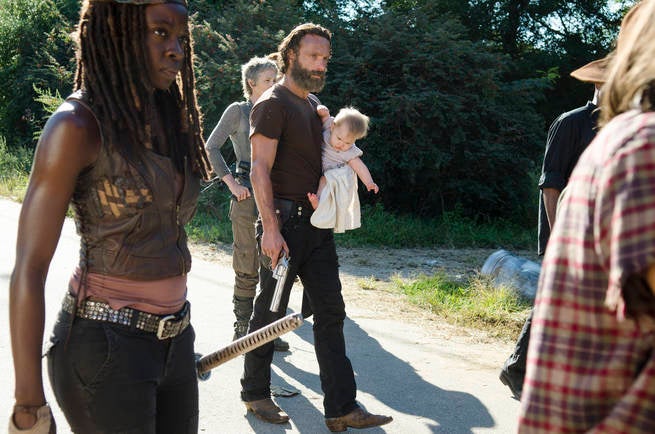 AMC has released several behind-the-scenes photos for last night’s episode of The Walking Dead, “The Distance.”

In the gallery below, you can check out how episode director Larysa Kondracki put the entire Walking Dead chapter together. The photos also give solid shots of Rick and group doing what they do best--namely, killing zombies. With any luck, it’s just the right portion of Walking Dead goodness to feed your appetite for post-apocalyptic destruction until next week’s episode.

And in case you missed it, be sure to check out ComicBook.com’s coverage of the installment, including a spoilerific recap and a detailed explanation of what the heck the Alexandria "safe zone" is.