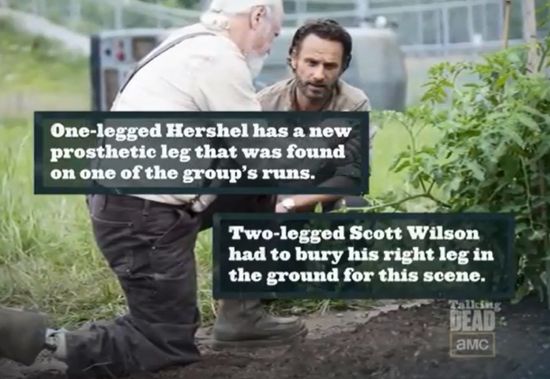 During The Walking Dead Season 4 Premiere, many viewers likely noted that Hershel Greene was sporting a new prosthetic leg. No mention was made during the episode of how or where Hershel got his new leg. During the Talking Dead, Walking Dead showrunner Scott Gimple revealed that there was around a six month time gap between the end of Season 3 and beginning of Season 4. It was during this time gap that Hershel acquired his prosthetic leg.

The Walking Dead: The Story Of Hershel’s New Leg