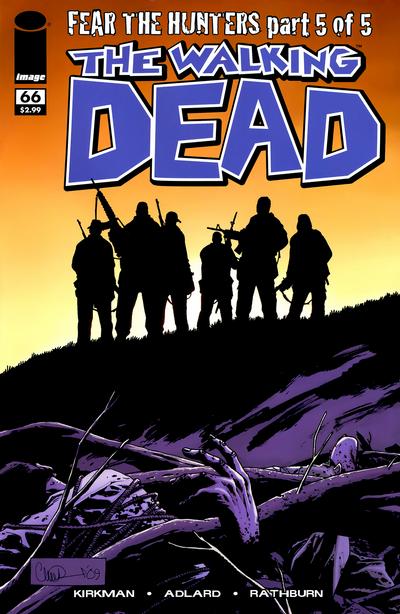 The Walking Dead adapted two issues of the comic pretty closely tonight, and whenever they do that, it's always interesting to look at just how much difference and similarity there was.

There were a number of minor differences -- the setting of the final battle being inside the church, for instance, instead of out in the woods -- and of course there were some bigger things, too: Dale and Andrea, both dead on the show, played key roles in the fight against the Hunters, with Dale being the "tainted meat" and Andrea being the one who blew off the finger of Chris/Gareth.

That said, the two key scenes of the episode were both nearly beat-for-beat reproductions from the comics.

First of all, we get the episode's cold open -- the "tainted meat" sequence that was teased at the end of last week.

Here's how that played out in the comics (the video for the scene isn't available online yet): 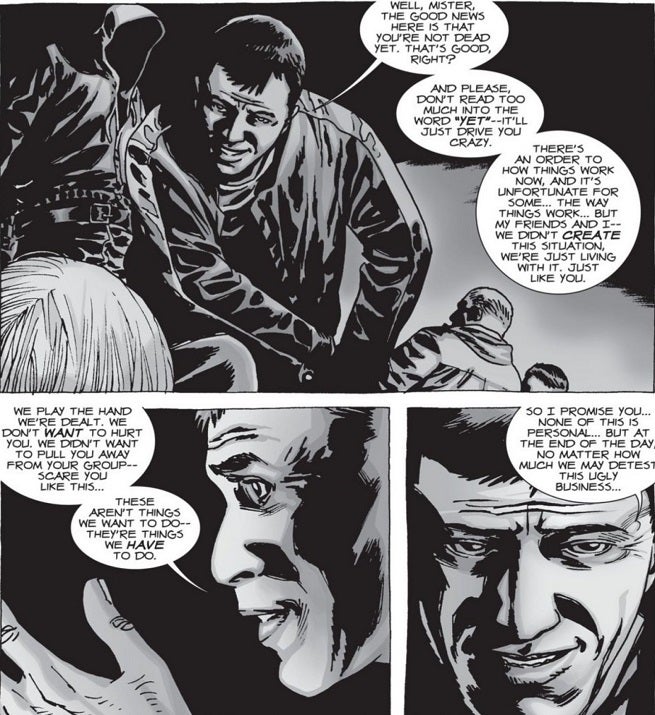 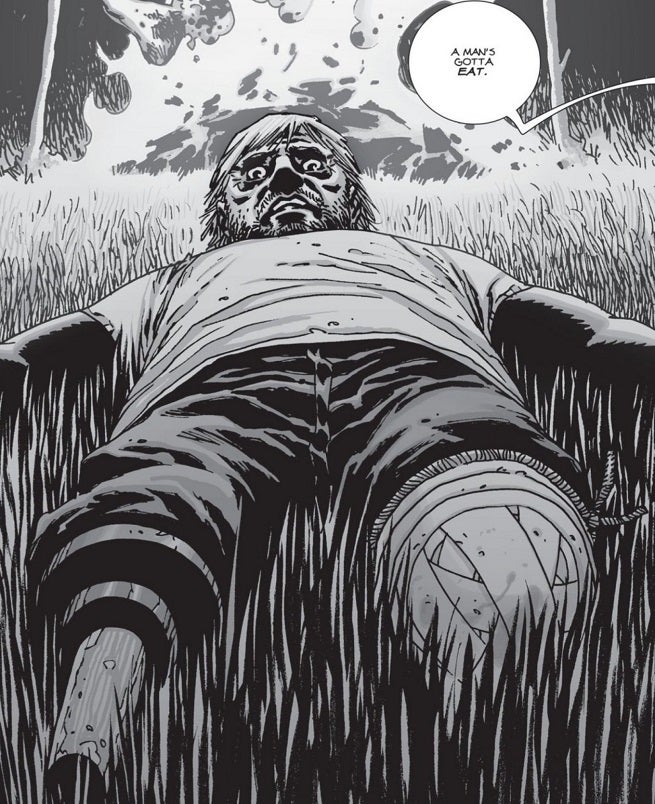 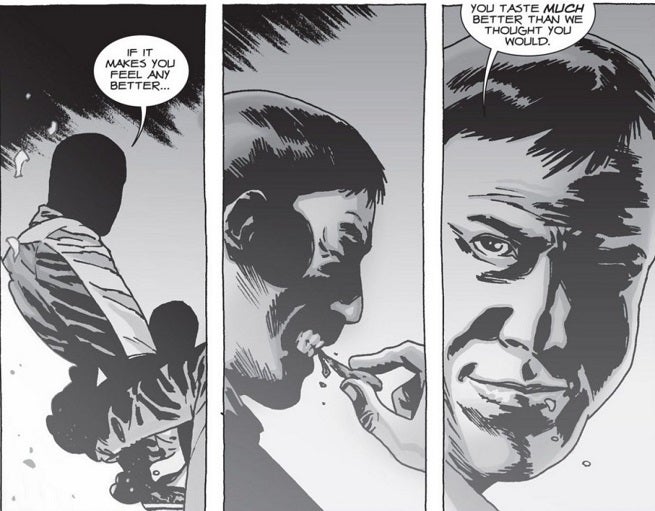 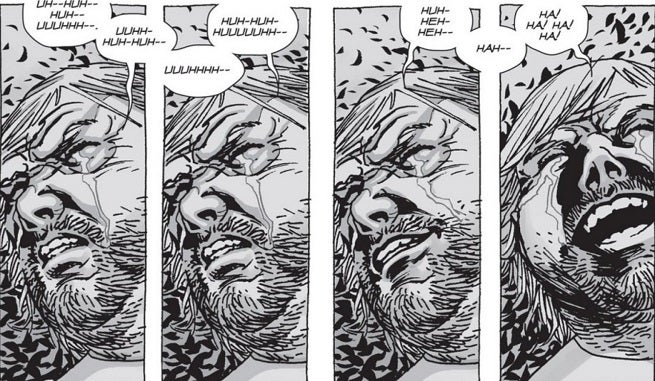 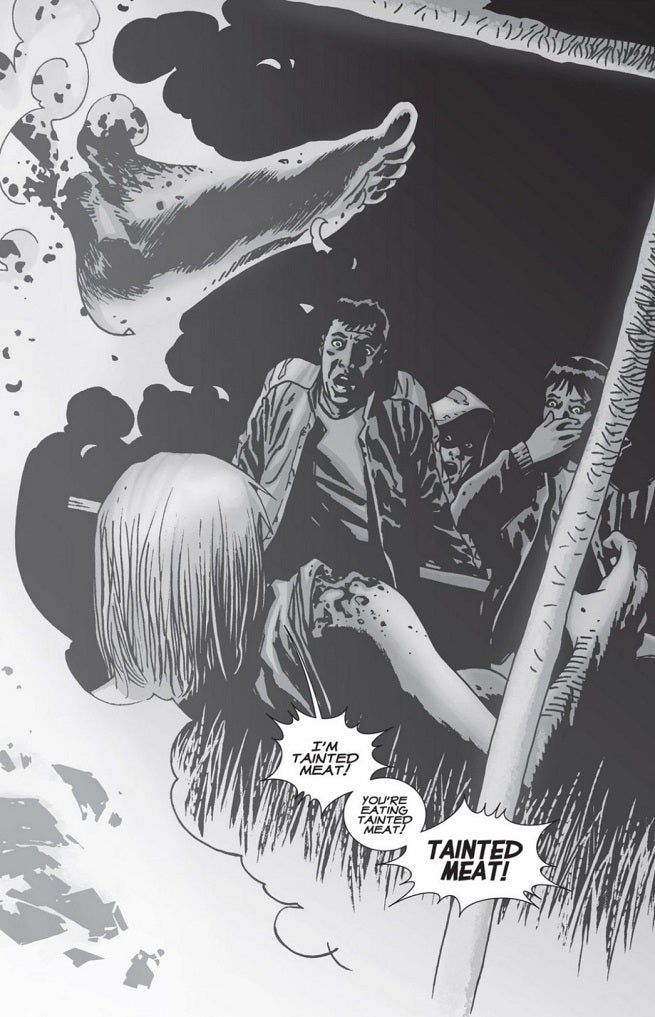 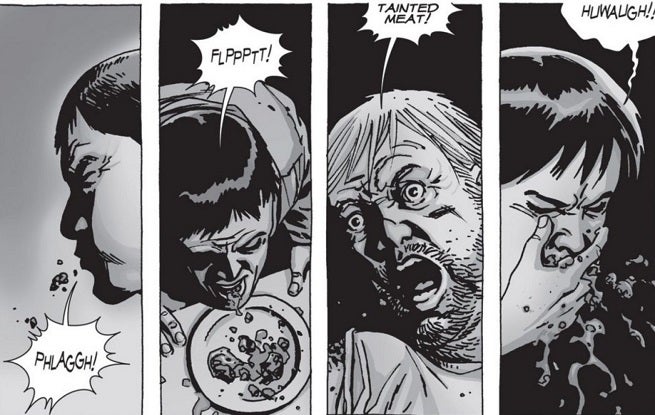 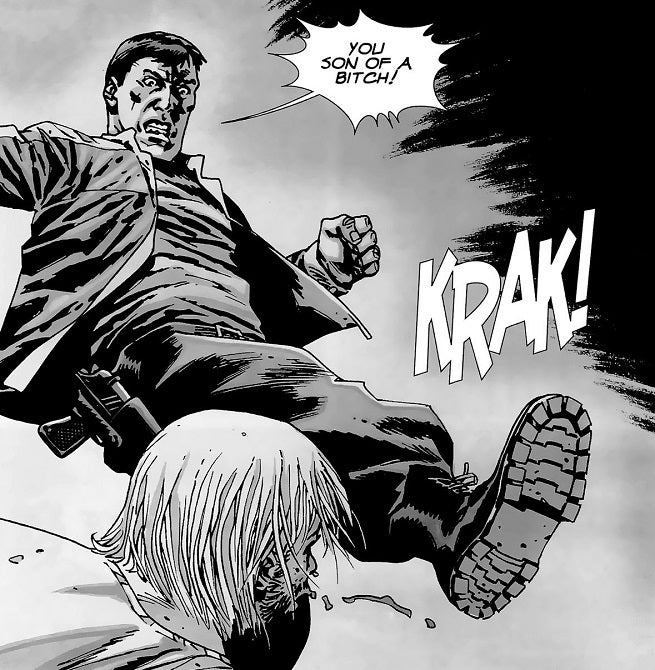 So...yeah. That pretty much played out identically in the comics to what it did onscreen, excepting that it was Dale and not Bob Stookey (in the comics, Bob was a minor character with ties to The Governor) who was being eaten. Even the reaction shots they had in the comics are pretty much the same as in the episode.

Next, we have the climactic battle. This one...well, the end result is the same, but the approach? Wildly different.

This is arguably the only time I can ever remember The Walking Dead actually getting more graphic on the show than in the comics. I'm sure it's happened before, but it's rare, and we've often talked about how difficult certain things from the comics are to adapt.

Here's how it came out in the comics: 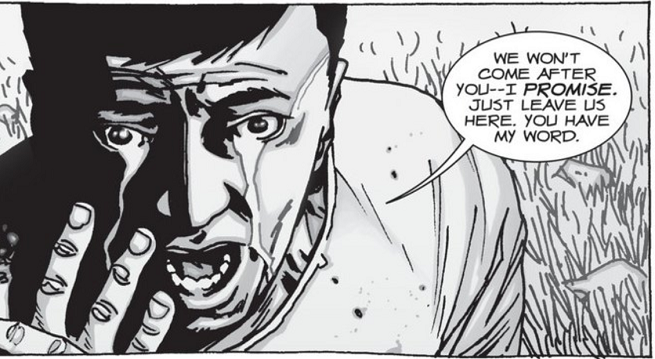 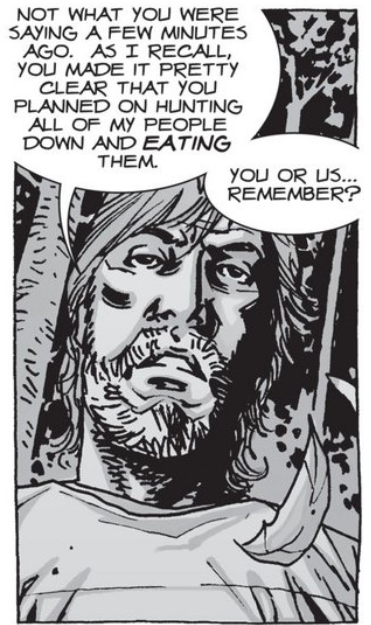 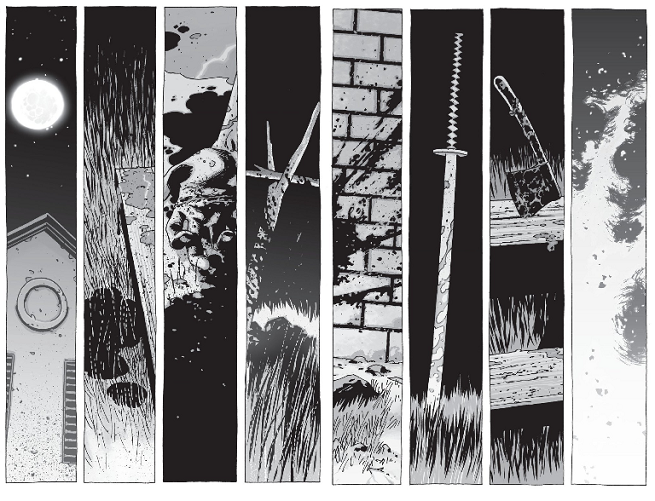 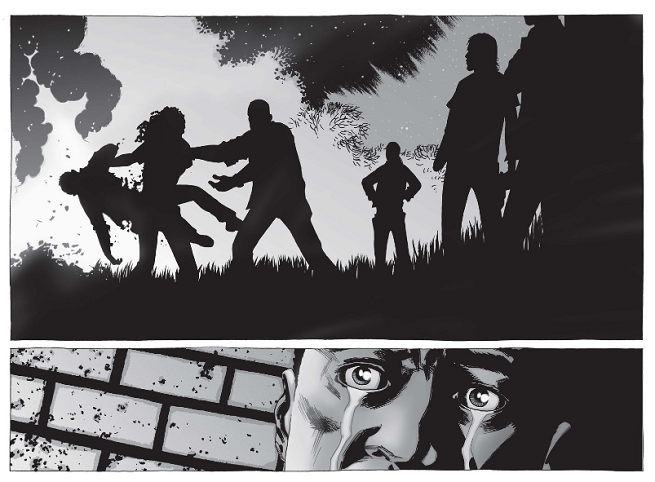 You'll notice that, since Rick and company had no existing relationship with the Hunters to speak of (Terminus wasn't a thing in the comics), there was no need for any of the loaded conversation or the "I made a promise" thing. Just down to action as soon as Gareth and company were incapacitated by Andrea.

The Walking Dead will be very different from the comics next week, as it seems to promise a focus on the fan-favorite characters of Daryl, Carol and Beth...all of whom were either dead by this point or didn't exist at all. The series airs Sundays at 9 p.m. ET/PT on AMC.

The Walking Dead: Tonight's Biggest Moments, From Comics to Screen