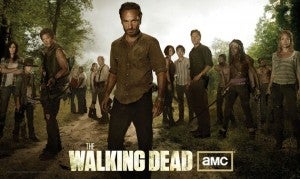 Caution: Spoilers ahead for last night's episode of AMC's The Walking Dead. Also, old issues of the comics.

Following last night''s bloodbath on The Walking Dead, fans have to be wondering what comes next.

For a lot of us who read the comics regularly, we thought we had it all worked out. The first major conflict at Woodbury, where Martinez helped Michonne, Rick and Glenn escape custody, would happen for the midseason finale, with Rick probably losing his hand and the Governor ending up in a pretty uncomfortable position.

Then, we all thought, the season finale would be the siege at the prison, ending with Lori, the baby, Hershel and maybe some others dead.

Of course, that's not going to happen now, and so a lot of people who thought that reading the comics made them oh-so-smart are starting to recalibrate their expectations.

So--with the characters who are left, who could die this season?

We'll go in no particular order, starting with a basic premise that Rick is safe. It's always proven true in the comics up until now, and while Kirkman has claimed in the past it's not necessarily true and no one is safe...well, Rick's safe. Especially on the TV show. 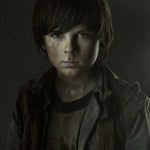 It's hard to imagine them killing off Carl; not only has he become a larger and increasingly integral part of The Walking Dead in the comics, but there's also the fact that he's the main character's son.

That said, Chandler Riggs is a kid. It's hard to work with them, because of child labor laws, and there's the problem  of the passage of time or, as I like to call it, "The Harry Potter complex." This year, it worked out that Riggs had a growth spurt between seasons because frankly, it was supposed to be seven or eight months later. Lori's pregnancy had to come to fruition for this week's episode, and so the timing worked out in a very specific way that allowed for Riggs to more or less age in real time. In the future?

Let's just say it's hard to imagine that a series like The Walking Dead would want to completely close the door on the possibility of having a cliffhanger between seasons that picks up exactly where the finale left off. 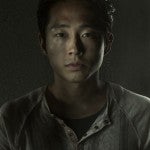 This is an interesting one; while he lasted a really long time in the comic book source material, his character was recently killed--and he was killed, in rather spectacular fashion, by the first villain to come along in years that stands up to the Governor in terms of ruthlessness, brutality and organization.

Could they essentially recycle that story on the show, but with the Governor standing in for his de facto replacement? It's not impossible, but probably not likely. 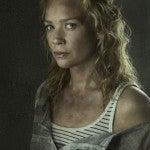 Her death would be shocking, especially because she's still alive in the comics, but she's been separated from the group for a long time, beginning with the premiere, much like Sophia was last year. She's also in the lion's den, so to speak, at Woodbury and she's allowed herself to be taken in by the Governor so far. David Morrissey has intimated that something might even materialize between them, which puts a big ol' target on her head for any number of reasons.

And that leaves aside things like her death being a big rallying cry moment for one side or the other in a big fight, or the simple things like being attacked by The Governor's creepy daughter. Or getting caught between Woodbury and Michonne. 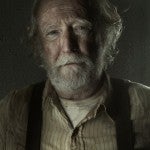 It feels like he's pretty safe at this point. Whereas most of the time we talk about characters dying early on the show and the impact it would have on the long-term stories they were supposed to be involved with, Hershel seems to be one of those guys who, like Shane before him, as the potential to outlast his comic book counterpart.

After all, the story that ultimately ended with his death was more or less played out last season, where he shut down in grief. This year, he's (to quote Glenn) a much tougher S.O.B. and seems to be pretty intent upon making a life for himself at the prison and motivated to survive to do it.

Of course, that could be setting him--and the audience--up for a bad fall.

She's the new T-Dog. Beth hasn't served a real, discernible purpose in most of the show's stories and really is just set dressing most episodes. It would be shocking to see her survive the season, not the other way around. 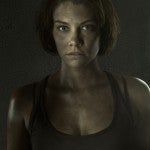 It seems incredibly unlikely that we'd see Maggie die, but if they decided that they wanted to keep Glenn and Hershel, her death could be a massive moment for the season.

This week, we had a couple of those "everything is great!--oh wait, it's horrible" moments, and it almost seems as though the relationship between Glenn and Maggie is headed that way.

I'd put this one right behind Rick in terms of likelihood. Still, he's as good a candidate as you'll ever get to take Dale's iconic comic book death now that Dale can't use it. 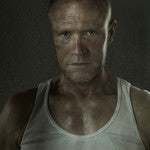 Ol' Captain Hook himself? What happens next with Merle is a total crapshoot, as we covered earlier.

Since he's at odds with the Governor and most of the survivors, if they met him, would see him as a threat, the more likely scenario for Merle seems to be a very interesting journey to the end of the season, avoiding death at all turns. Will he make it all the way through to the end? Maybe, maybe not--but it's doubtful we'll lose either of the Dixon Brothers right away.

It would be difficult to kill Michonne; she's a badass female lead, a character of color who goes beyond the one-dimensional "I exist" that we got from T-Dog, and her comic book counterpart is a fan-favorite.

Again, he'll almost certainly not survive the season...but the when and how of his death are unlikely to happen the same way they did in the comic books. That leaves everything somewhat up in the air and begs the question: How will the war between Woodbury and the prison actually play out onscreen? 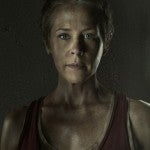 Carol is a real wild card. Since she's on a very different path from her comic book counterpart (she's lost her daughter, she has the kind of will-they-or-won't-they thing going on with Daryl), it's hard to guess what might happen.

It's technically still plausible that she could become despondent and throw herself at a walker, although it seems like if that were going to happen, it would have been soon after the loss of Sophia.

Possibly more likely, frankly, is that she becomes a mother figure to Lori's child, given that neither of the Greene girls are in much of a position to do so. Beth, after all, is basically a kid and Maggie has a pretty serious relationship going on with Glenn that would seen to prohibit her taking on a parental role to a child who has a father.

Of course, if she and Merle were both to die, it could set up some pretty fertile ground, from a storytelling perspective, for Daryl.

If they didn't kill the baby in the memorable, iconic way they did in the comics, it's hard to imagine that's in the cards right away--but look for some serious problems to come if and when they take the baby out of the prison and have to exist without strong walls but with a screaming child attracting walkers.

Then again, maybe it will starve to death. Without breast milk, reliably clean water or any kind of baby formula in the prison, it will necessitate a trip out into the world by Glenn. And if he goes out to get some formula and ends up captured by Woodbury, it doesn't seem like the baby would be in great shape by the time he escaped and got back.

He's an odd and memorable character. He'll likely be able to stick around for a while, although it wouldn't be surprising to see either or both of the prisoners die in the season finale, putting a real punctuation mark on the survivors' time at the prison, assuming that'll still be the finale.

Odds are about the same as Axel. He isn't as memorable and endearing, but he's certainly more interesting in his few minutes of screen time so far than T-Dog, and since he's a kind-hearted African-American who joined the survivors within minutes of T being bitten, it seems that might be his lot in life for now.

The Walking Dead: Who Will Die Next?