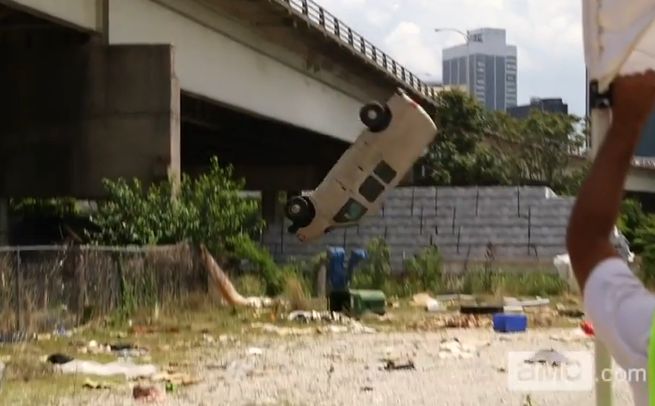 During the “Consumed” episode of The Walking Dead, Daryl and Carol had to hide in a van to escape a walker horde. There was only one big problem. The van happened to be teetering on the edge of a bridge.

Daryl and Carol buckled themselves in just before the van fell off the side of the bridge. As the van started to drop from the bridge, it looked like it was almost certainly going to land either engine first or upside down. However, the van somehow miraculously managed to land right side up, allowing Daryl and Carol to survive.

If you look at the length of the drop on the bridge, it didn’t look like it was high enough for the van to do a complete flip before hitting the ground. How did the van correct its course in mid-air?

Well, it turns out that it didn’t. In the Making Of The Walking Dead: Consumed video, AMC revealed what really happened to the van. Despite the best efforts of trying to weigh the van down in the back to force it to land right side up, the van rolled off the bridge and crashed upside down. 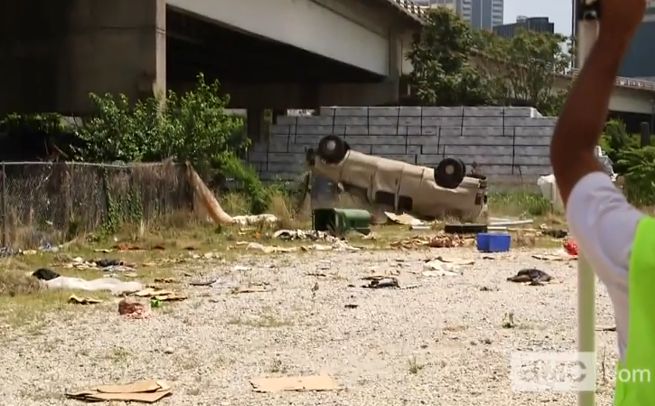 Yes, in real life, if Daryl and Carol rolled off that bridge in the van, they would likely have had their heads smashed in and be dead now.

Of course, The Walking Dead producers couldn’t risk the riot that would have occurred by killing off two fan favorites in one episode, so they brought in a second van to do the shot again. Except this time instead of rolling the van off the side of the bridge, they hoisted it up about the bridge with a crane, which allowed them to drop it straight down so it would land right side up.

The Walking Dead: Why Daryl And Carol Would Have Died In That Van In Real Life