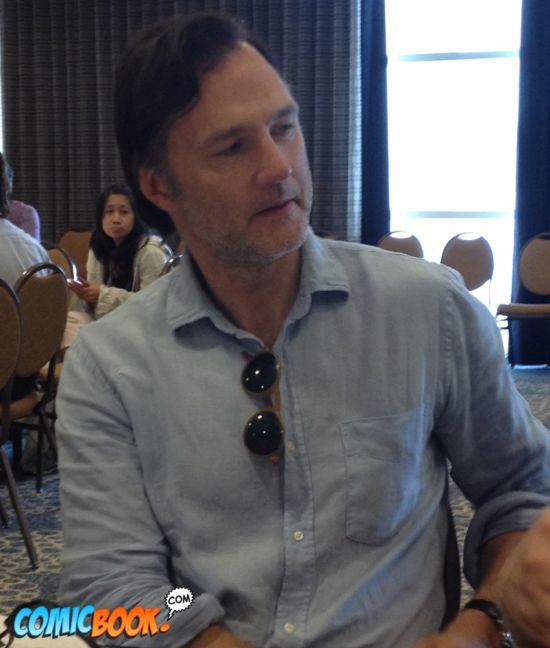 In addition to the fifteen guests previously announced, Walker Stalker Con announced seven additional guests this week for the convention located at the Meadowlands Exposition Center in Secaucus, NJ on December 13 & 14, 2014.

The biggest name among them was David Morrissey, known for his portrayal of great characters such as Ripley Holden (Blackpool), Jackson Lake (Doctor Who) & The Walking Dead’s The Governor.

"You know what? Every minute you have on The Walking Dead is a bonus," Morrissey told us at Comic Con last year. "I love it. The actors will all tell you the same thing. It’s a great show to work on; it’s a show where you never open a script and think in a negative way, 'How am I going to make that work?' Sometimes as an actor you get scripts and it’s like, 'No one talks like that. How the hell am I going to make that work?' You never have that dilemma. Your dilemma is you’re looking at the writing and going, 'How am I going to release this? How am I going to get this off the page? What am I going to bring to this?' It's down to you. You’re given a present and now you have to use it, so that’s what the challenge of the show really is. So every minute you're on that set is a bonus--for me and for the other actors."

A number of thos other actors, including Josh McDermitt and Brighton Sharpino, will join Howard Sherman, Kyra Schon, Terry Alexander and Lori Cardille at the convention.