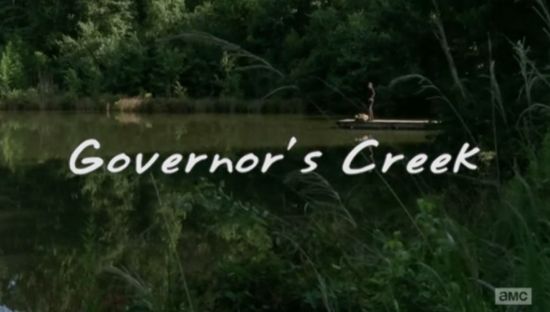 The last two episodes of The Walking Dead have focused on The Governor. In the “Dead Weight” episode, The Governor and his new family joined up with Martinez's group.

An industrious YouTube user with the handle Mokoshne took some scenes from the most recent Governor-themed episode of The Walking Dead and mashed it up with the Dawson’s Creek theme song. The end result was a video called Governor’s Creek.