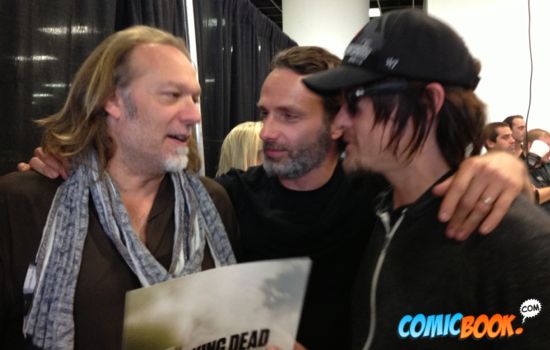 AMC recently announced that they are planning a spinoff series for The Walking Dead, which will tell the story of the zombie apocalypse in another area of the world. At the recent Walker Stalker Con, executive producer was asked how a zombie apocalypse would play out in a colder area like Canada.

“Well, the good thing is they would all freeze, so you’re fine until like April” said Nicotero. “No one thinks about that. If the zombie apocalypse happens, just go north, they freeze, and you’re fine. It would suck because it would be cold, but don’t go to Florida, because you’ll be eaten in a minute.”

Nicotero joked, “All those old people. They’re hungry. They eat at like four in the afternoon now. That’d be the worst. That makes no sense.”