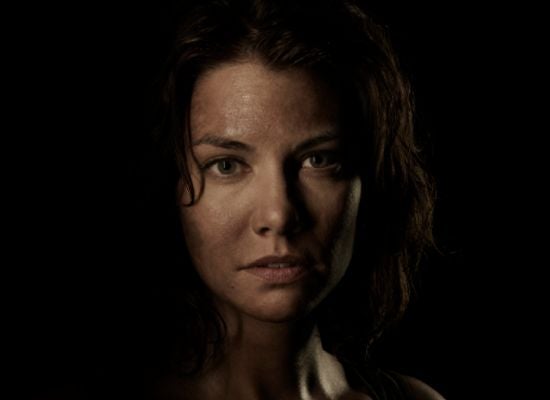 Even though she's often covered in dirt, grease, and blood, most fans would agree that Lauren Cohan, who plays Maggie Greene on The Walking Dead, is a very attractive woman. In a new video just released by AMC, Cohan talks about how she maintains her great looks in the midst of a zombie apocalypse.

"I think beyond basic shaving and hair cutting it's probably all a little bit of a moot point," said Cohan. "I don't think Maggie's thinking about what she looks like in the apocalypse. I'd like to see a moment when every character gets a sight of themselves."

Cohan describes her look as grease-chic, calling it a combination of grease, blood, dirt, zombie gunk, and green putrid rotted brain sealed with a coat of sunscreen. When Cohan leaves the show to run an errand, she sometimes forgets to wipe the blood off her face. She adds, "It's a lot to explain when you're in target."