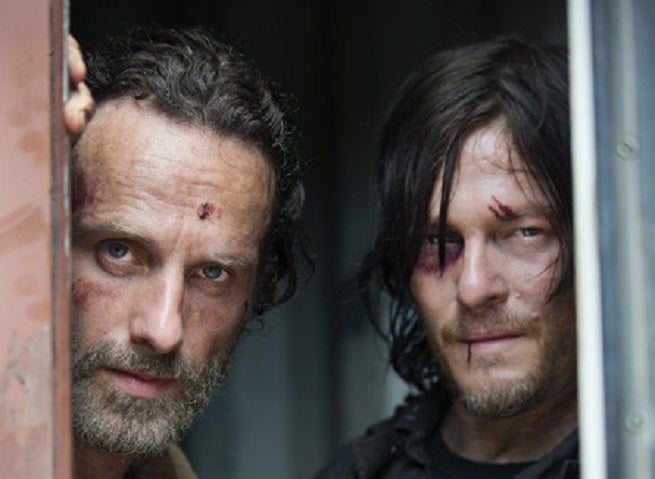 During a conversation with Entertainment Tonight, The Walking Dead standout Norman Reedus was asked whether he had a celebrity crush.

And, as you might expect from Reedus, he had a little fun with the question.

Yep -- that'd be his co-star Andrew Lincoln he named -- with no context whatsoever for the choice.

He answered four more personal questions in the segment, which you can see embedded above, as well, including his first kiss ("I was forced to do it in a hallway in junior high and a bunch of people were laughing and pointing at me"), his Candy Crush addiction, a crime he got away with ("doing the cover of GQ") and his go-to dance move (a power nap).