On tonight's episode of Talking Dead, the creators of AMC's The Walking Dead revealed that the look of some of tonight's walkers were inspired by the 1987 classic action flick RoboCop from director Paul Verhoeven.

The scene in question is Emil's "acid bath," out of which he stumbles, mangled and gross, until he's killed. One can see how he might resemble a zombie -- and why it's tempting to use in this specific case. 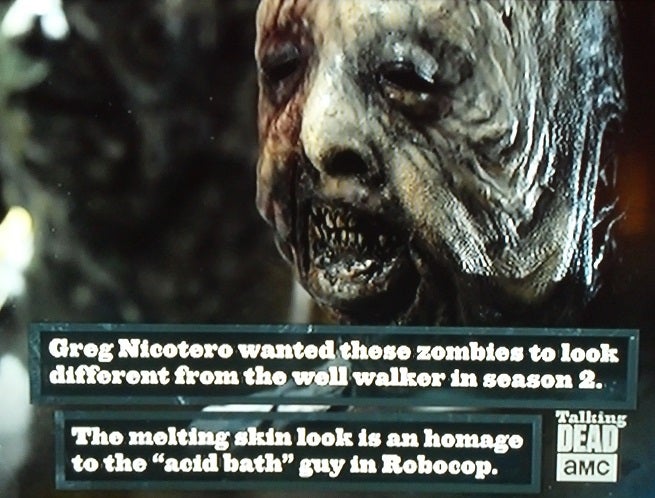 While there was a previous waterlogged, disgusting walker in a well a couple of seasons ago, Talking Dead revealed that part of the motivation for this particular Easter egg was actually differentiating tonight's zombies -- found in a flooded basement -- from that walker.