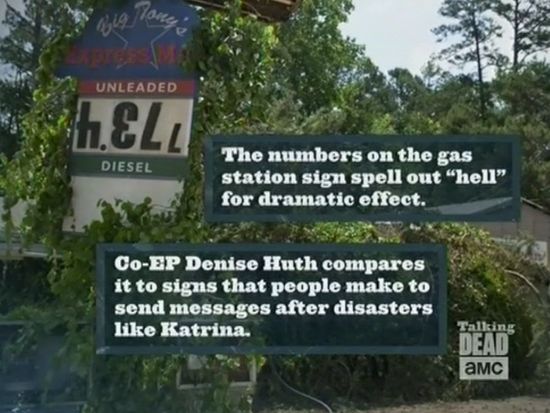 On the Talking Dead, host Chris Hardwick revealed a secret message hidden in the “Indifference” episode of The Walking Dead. At the gas station, the numbers on one of the signs had been turned upside down to spell out a message.

The numbers “4377” had been turned around to spell out the world “hell.” Walking Dead co-executive producer compared it to signs that people make to send messages after disasters like Katrina.