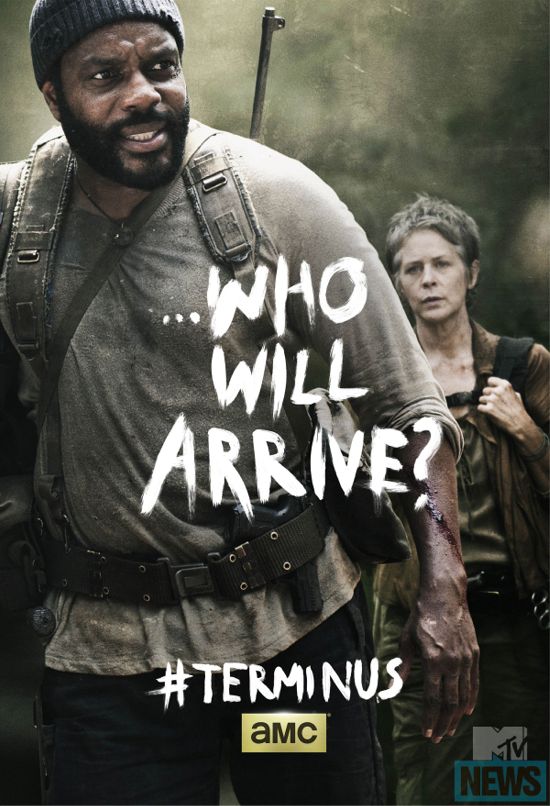 When AMC released a Season 4 Finale poster showing Carol with baby Judith, we couldn't help but point out that Tyreese was noticeable absent from the picture. A previous teaser poster had shown Rick, Carl, and Michonne together as a group, so it seemed a little unusual that Tyreese was nowhere to be found.

Well, it turns out that Tyreese was just a few steps ahead of Carol all along. A new Season 4 Finale teaser poster released via MTV focuses on Tyreese with Carol and baby Judith in the background. The poster poses the question: "Who will arrive? #Terminus."

During last week's episode, Sasha, Bob Stookey, Maggie, Glenn, Rosita, Eugene, and Abraham all arrived in Terminus. During sneak previews for this week's episode, it has already been revealed that Rick, Michonne, Carl, and Daryl are set to arrive in Terminus. However, it's a big unknown if Tyreese, Carol, and baby Judith will make it to Terminus or not before Season 4 ends. That's of course assuming that they didn't arrive ahead of Maggie and Glenn's group.