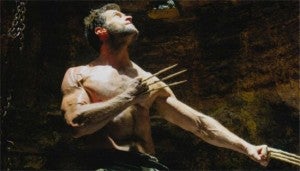 It's nothing like the $15.6 million that Iron Man 3 made in its midnight debuts, or the $21 million that Man of Steel made between the Thursday 8 p.m. special screenings ($9 million) and midnight shows ($12 million) before it officially opened, but 20th Century Fox's The Wolverine still managed to eke out a tally that puts it in close proximity to mega-hits like Despicable Me 2 ($4.7 million), with a $4 million midnight opening.

The film is expected to make somewhere between $65 million and $80 million this weekend--roughly on par with the $83 million that Despicable Me 2 opened with after its surprisingly big midnight.

Like Man of Steel and Pacific Rim, The Wolverine is expected to perform strongly overseas as well.

Even at their most optimistic, this weekend's projections still wouldn't give the movie as big an opening as Hugh Jackman's last solo outing as Wolverine in X-Men Origins: Wolverine, which made $85 million in its opening weekend.