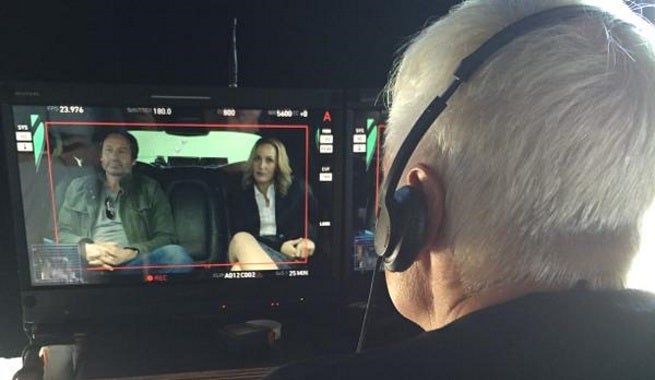 As seen through creator Chris Carter’s monitor in the photo, Scully and a grizzled Mulder are side-by-side and ready for their next case.

EXCLUSIVE: Your first look at Mulder and Scully! #TheXFiles pic.twitter.com/UexSfktTbA

The X-Files Revival: First Look At Mulder And Scully