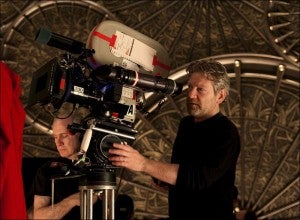 Back when he directed Thor for Marvel Studios, the Disney acquisition of Marvel wasn't a factor--so it's interesting to see that filmmaker Kenneth Branagh's next big thing might be another tentpole release for the Mouse House.

Variety reports that the Hamlet helmer is in talks to direct a live-action version of Cinderella for Disney, replacing outgoing director Mark Romanek. They also say that The Hobbit's Cate Blanchett will remain aboard as the wicked stepmother.

The movie is slated for release in 2014, from a script by The Twilight Saga: New Moon director Chris Weitz.