A user just sent us a link to a pretty cool new site, Fightrater.com. It's a site full of user-generated matchups (that's you). The internet/public decides one question: "Who Wins in a Fight?" Categories include Celebrities, Athletes, Historical/Political figures, Average Joes (you can upload a fight between you and a friend, for example), and Fictional Characters. Inside that last category, we found TV, film, and of course, comic book matchups. Here are some that we liked: Lobo vs Wolverine: 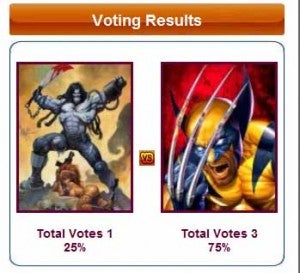 Nothing like revisiting some comic book history/controversy. This time, though, you get to decide who would win. Catwoman vs Batwoman: 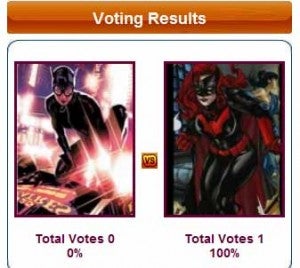 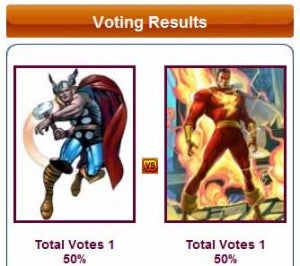 The site obviously is brand new, but it's always fun to fool around with 'what if' scenarios--especially during a short, slow holiday week.