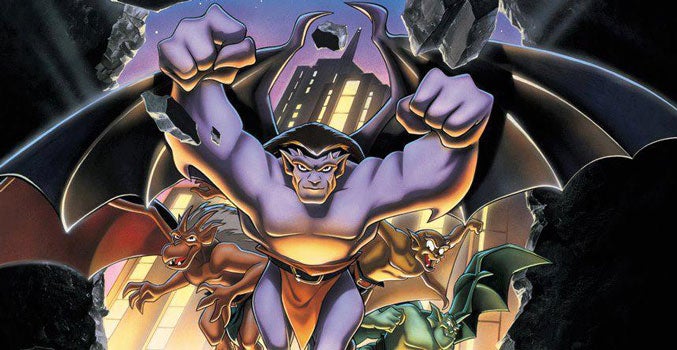 Stone by day...warriors by night…

Gargoyles is one those shows that hit a generation at just the right time. Where the kids who were too old for Darkwing Duck or Tale Spin could soak up the fantasy adventures of violet twilight-skinned Goliath and his clan fighting Vikings and TV stars-turned-criminals and the like. It’s a property that has seen better days and something that seems ripe for a comeback.

The cult status of Gargoyles seems, for the most part, scattered across the internet with fanboards and communities, even a defunct convention. It’s something that is fondly remembered by legions of fans, but as time goes on, it’s something less and less remembered from Disney’s catalogue of characters. Twenty years ago, Gargoyles debuted with a five-part opening story, almost like a movie itself, that introduced the world this cast of creatures and their allies. For those unfamiliar, Goliath led his clan to protect Scottish nobles from Vikings, but were betrayed. They were cursed to remain in their stone form (something that occurs naturally as the sun rises) until their castle “rose above the clouds”. Fast forward a thousand years (bringing us to 1994) eccentric billionaire and Tony Stark clone David Xanatos puts the castle on one of his skyscrapers, which awakens the gargoyles into this new land and time. Befriended by NYPD Detective Elisa Maza, Goliath, along with happy-go-lucky Broadway, hot-headed Brooklyn, wise-old Hudson, book smart Lexington, and demon dog Bronx protect their new home from enemies new and old.

The first season only had thirteen episodes, but by the end of it, Disney was in full swing of Gargoyles marketing. At the time, they didn’t really have anything in house for the young male demographic so Disney released a video game for the Sega Genesis (featuring a non-canon story that involved Goliath trying to stop the Eye of Odin), action figures, a Burger King tie-in, and a slew of other merchandise. I kind of put this as their Pirates of the Caribbean-type franchise at the time, but obviously not anywhere near the atmosphere of cash where Jack Sparrow and company resides. Probably the weirdest thing about Gargoyles was being seen as a “kiddie” show paired up with the likes of Bonkers and Goof Troop, but was so much more mature, for a lack of a better word. It brought on Shakespearean characters and figures from Celtic lore to the ensemble. It had a story structure rarely seen in a show supposedly aimed for kids. It was so much more than just a "kid's" show. 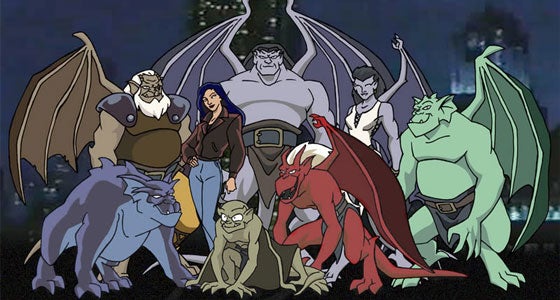 Gargoyles, at its core, was a magical soap opera with romance, dramatic family feuds, and of course, traveling through time and other dimensions. The often called “Avalon World Tour” took Goliath, Elisa, Bronx, and Goliath’s recently discovered daughter, Angela, across time and space on adventures that practically built the Gargoyles world and added not just more characters, but depth to their mythos as well. I mean what other show at the time had the Illuminati on it? And no, Stone Cutters don’t count.

While Disney did release the DVD sets eventually, the first series was released for the tenth anniversary in 2004, the first part to the second season a year later. Sadly though, the second volume to the second series finally reached stores barely two years ago. That’s essentially nine years to wait to finish the collection and that’s more than just a shame, it’s utter ridiculous. Now, they did release the entire series legally through YouTube Channel, unedited from what was aired on Toon Disney, now Disney XD, in re-runs, but they’re somewhat choppy looking. An HD redo would be great and considering all that Disney is giving an HD treatment to these days, it seems odd to not include Gargoyles in the mix of things. 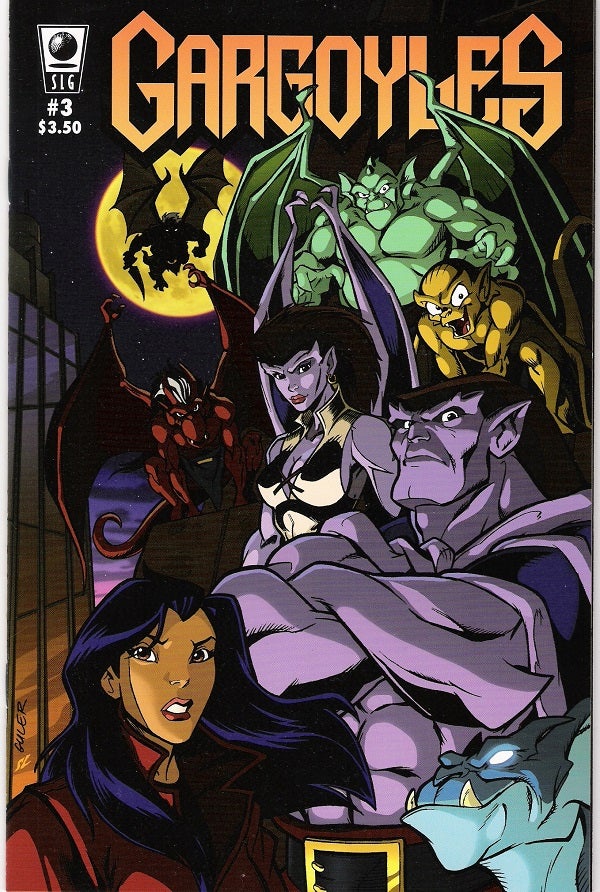 The much maligned third season, The Goliath Chronicles, is nowhere to be found for the most part in canon as the SLG comic takes place after the events of the second season. It ran on a bi-monthly schedule, lasting for 12 issues. Ironically, no creator credit is given to the show itself, but Greg Weisman (Young Justice) describes himself one of the creators, and took over writing duties for the comic before being canceled to Disney raising their licensing fees. True, Marvel did have a Gargoyles comic themselves, but only ran 11 issues and is seen as non-canon but mentions events from the program. Should Marvel want to relaunch Gargoyles, I don’t see why going back to comics, even a digital first title, would be a bad idea (and may want to be include Weisman this time around).

When talking about Gargoyles, it’s usually spoken in the same breath as the beloved and acclaimed Avatar series. Both are rich with magic and mysticism and the importance of family, with sprinklings of serious drama along the way. Here’s hoping Disney doesn’t let this treasured franchise fall into deep obscurity. There are plenty of fans who would love a Goliath or Bronx for their Disney Infinity game, ammirite?