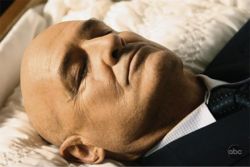 In the previous four seasons of the hit series, Lost, castaways from flight 815 have experienced flash backs, flash forwards, and even a flash sideways or two. Now, the cast of Lost will go time traveling in the upcoming fifth season.

According to The Star-Ledger, Lost co-creator Damon Lindelof said that when the next season begins, it will be “full-on Marty McFly time, with particle physicist Daniel Faraday (Jeremy Davies) admitting that he might have a hard time explaining some events on the island even to another particle physicist.”

Time-travel isn’t a totally new concept for Lost fans. Last season, the character Desmond unexpectedly went back in time to 1996. Uber-villain Benjamin Linus also experienced some affects of time travel when he was banished from the island after he caused it to change places (times?). But are fans ready for an entire season of Lost that involves time paradoxes?

Many fans of the show who enjoy its portrayal of the human spirit in the midst of a great tragedy or just want see the next phase of the love triangle between Kate, Jack, and Sawyer, may have to wait awhile. Some fans think that Lost is not a ‘genre show.' However, Lindelof said, "Well, we've been writing a genre show from the word go. We're sorry that it's getting more genre (this year)."

While the verdict on the season opener, which has yet to take place, is still open for debate, Lindelof promises to “balance out all the physics talk in the first of tonight's two episodes by having Sawyer go shirtless for the entire hour” of the series opener. In the Season Premiere, Sawyer will be battling with the fact that he “just saw an explosion that may have caused the death of most of his friends” and the grief that comes with that knowledge. The Lost season five premiere begins Wednesday, January 21st on ABC at 8:00 PM ET, with an episode that reviews what has happened so far on Lost. A pair of new episodes will then air starting at 9:00 PM. Photo: ABC/Mario Perez