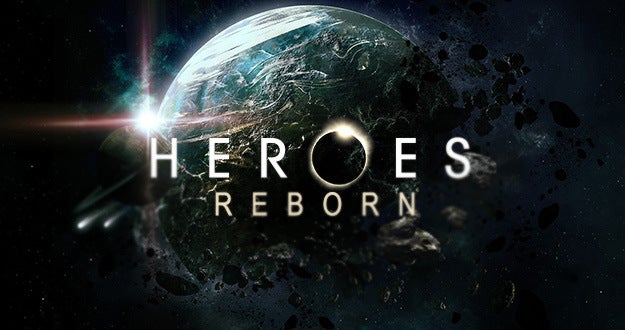 Before NBC's heroes are truly reborn this fall, they're going back to their superpowered roots with a comic book.

That's because an official Heroes Reborn comic series is in the works from Titan Comics. The newly-announced five-issue series will tell the origins of one of the series' new cast members. Heroes Reborn supervising producer Seamus Fahey and Zach Craley will write the comic, and artist Rubine will illustrate.

"Our new Heroes series is being created in close collaboration with the team behind the NBC show." Chris Teather, Titan Comics's publishing director, said in an official release . "These aren't just comics; they're bonus episodes!"

In Heroes Reborn, the saga behind the 2006 breakout series "Heroes" will continue this fall as creator Tim Kring returns to the fold and develops new layers to his original superhero concept.
This highly anticipated 13-episode event series will reconnect with the basic elements of the show's first season, where ordinary people were waking up to the fact that they had extraordinary abilities.

Original cast member Jack Coleman will reprise his role as H.R.G., Jimmy Jean-Louis returns as The Haitian, and Masi Oka will be back as Hiro Nakamura. Also joining the cast are Zachary Levi (of NBC's "Chuck" and the Marvel franchise "Thor"), Ryan Guzman ("The Boy Next Door"), Robbie Kay ("Once Upon a Time"), Danika Yarosh ("Shameless"), Judith Shekoni ("The Twilight Saga: Breaking Dawn - Part 2"), Kiki Sukezane ("Death Yankee 3"), Henry Zebrowski (NBC's "A to Z") and Gatlin Green ("Criminal Minds").

Will you check out Titans' Heroes Reborn comics before the television series premieres this Fall on NBC?