Zombies seem to be all the rage these days, as The Walking Dead is flooding television sets and B-Roll infection films are filling up Netflix categories.

With all of these films out there, it's hard to know which to watch and which to avoid. Some would say to leave the cheap ones alone, but some of the best zombie films were made for next to nothing. On the other hand, the big-budget films in the genre have also had some massive failures.

Each zombie movie brings a unique spin on the concept of this flesh-eating infection, so each one is a little bit different. Some zombies run, some walk, others even get the chance to talk. They're all so different, it can be tough to decide which ones to sit and watch.

This Halloween season, we decided to put together a list of the five greatest zombie films that have ever been made. Take a look through the slideshow to see which ones we think should be on your TV on this spooky night.

Some would argue that Dawn Of The Dead belongs in this spot, and there's definitely an arugement to be made for it.

The 1978 sequel to Night Of The Living Dead was another great film from George A. Romero, and it brought zombies to a much larger scale than a farmhouse.

The reason World War Z is here, however, is it was the first film to truly put zombies on a global scale. It took what Dawn Of The Dead had already done, but perfected it.

The Brad Pitt vehicle showed just how quickly the infection can spread, and exactly how many people it could end up affecting. Instead of keeping the story contained, watching the hero travel across the world fighting the infection made the threat seem exponentially more terrifying.

This big budget blockbuster found a way to keep true to the zombie genre while appealing to massive audiences. There have been better zombie stories over the years, but World War Z found a way to stand out in the crowd.

28 Days Later was the first zombie film to really bring the aspect of lonliness to a zombie apocalypse. Instead of a group of people, the protagonist had to figure out what was happening all on his own.

Other characters obviously came into the fray, but the psychology of processing an apocalypse on your own is quite frightening.

The Walking Dead is one of the only other shows or films to use this kind of technique, as Rick also began his journey waking up from a coma.

Lonliness was a huge factor for the terror of this film, but Danny Boyle's mastery of character development helped to make it one of the most important zombie films to date.

Like World War Z, 28 Days Later also gave hope to the members of the apocalypse. The protagonists both had shots at finding a cure, so all wasn't lost at the end of the film. 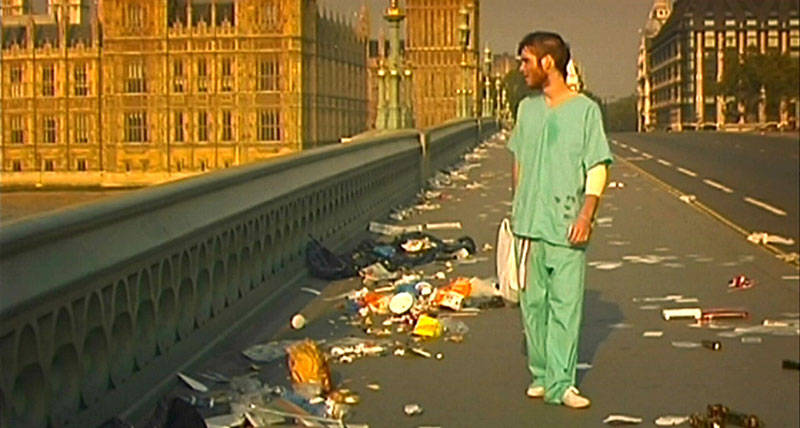 As the years have gone on, it's gotten harder and harder to make zombies terrifying. They're either a driving force behind a character study, or the butt end of a bad joke. In 2007's Rec, the infection felt incredibly real.

Found Footage films are normally reserved for supernatural slow-burners, but Rec used the technique to bring zombies to another audience. By choosing to attack the film as real footage, audiences got the feeling that they had become a huge part of what was going down in that apartment building.

The tight angles of the building also helped to really build the suspense of the film. You feel claustrophobic as the camera turns each corner, and the masterful editing keeps you guessing when you enter each room.

Rec has spun plenty of sequels, but none have lived up to the first. Some fans of the classic zombie flicks may think this one a little too scary, but it stands alone as the chilling standard for undead fright. 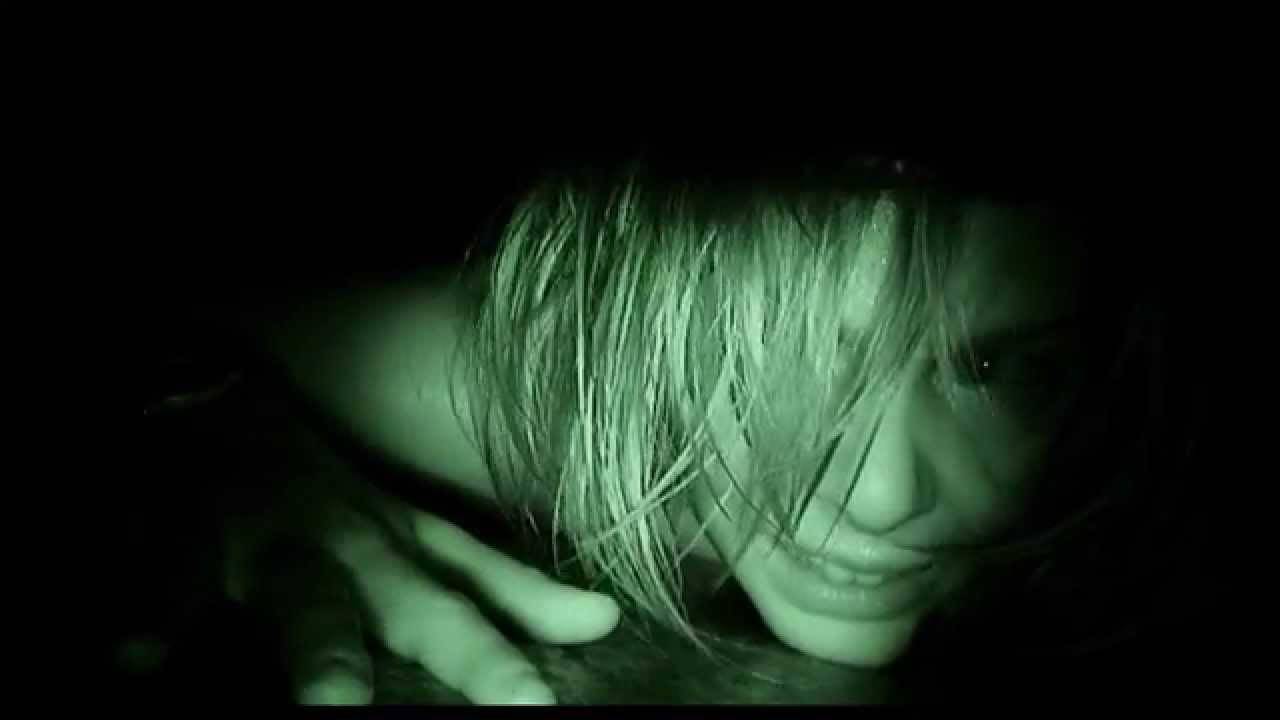 2. Shaun Of The Dead

This 2003 film explores two friends trying to fight through the apocalypse, but lets their hilarious antics shine through the gore. Wright also uses the witty dialogue of Simon Pegg and Nick Frost to use the infection as the punchline.

Shaun Of The Dead was groundbreaking for its time, and really set the tone for horror-comedies going forward. Films like Zombieland and Warm Bodies would have never gotten off the ground if Shaun hadn't come first.

What's most impressive, is that this film made us laugh without losing the true essence of the zombies. You laughed at their misfortune, sure, but you never once thought what these guys were going through wasn't real.

1. Night Of The Living Dead

It's hard to top the originator in any genre, and no one has yet to knock Romero off the top rung of the zombie totem pole.

In 1968, to propose that a mass infection turned farmers into flesh-eating monsters was just madness. No one had explore this idea before, but it spawned an entire genre of film.

To put yourself in the characters' shoes, it was terrifying to imagine someone you know trying to eat you alive. The protaognists' friends, family, and neighbors were the villains of this monster flick, and that was a kind of terror that audiences weren't ready for.

Many zombie films have come and gone since, but none have really captured the horrifying ideas of the first. The Walking Dead is the only project that has even gotten close.

What did you think of our list? Any you would have added? Let us know in the comments below! 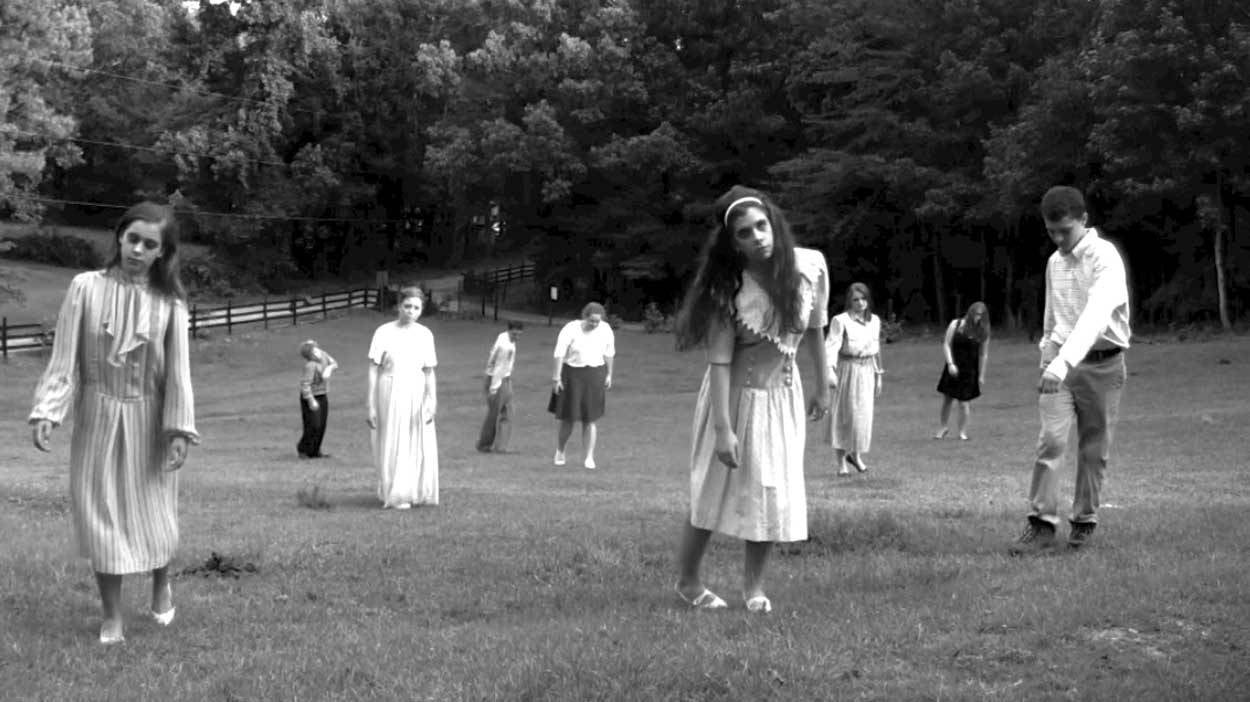 Top 5 Zombie Films Of All Time