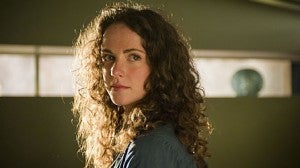 Warner Brothers is already auditioning actresses for the role of Wonder Woman in Amazon, The CW's planned reboot of the comics-to-TV franchise. One of those actresses is Torchwood and Being Human star Amy Manson, who has reportedly already auditioned for the part twice, according to STV. A brief personality profile of the Scottish actress doesn't indicate where they heard this, or give a source for the information outside of the possibility that it could be her high school acting coach (the only person quoted in the piece), but Manson is a fan-favorite for the role, so the story is likely to generate a lot of buzz. A second story, giving the same information and nothing more, is available at the Evening Express of Scotland's website.

Torchwood Actress on Warner's Radar for Wonder Woman in Amazon

Dexter's Podcast Is Also Getting a Revival