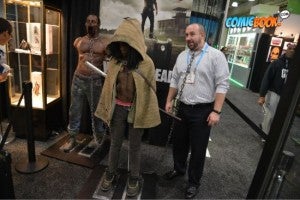 Nestled in between the brightly-colored superheroes and mutant turtles at Toy Fare was a booth for McFarlane Toys, where they showed off their new toys based on AMC's The Walking Dead.

Michonne and her pets will be available this year from McFarlane, along with Merle Dixon (complete with stump-hand accessories) and a version of Carl that syncs up with this season's somewhat more mature version of the character. Carl's accurate all the way down to that paw print t-shirt he's been wearing all year. We didn't get a great look at the "pets," but Merle, Michonne and Carl look fantastic.

Also available is a new generation of The Walking Dead Wacky Wobblers bobbleheads based on the TV series. Featuring Rick Grimes, Daryl Dixon, Michonne and the RV walker (that's the guy with the screwdriver in his eye socket), which has to be both the most adorably repulsive bobblehead ever and a stark reminder to the cast that they have to do something to make themselves stand out, lest they be less memorable than "that one zombie Andrea killed that one time." No wonder Hershel grew out his big Santa Claus beard.

There's also a mock-up for a new figure based on The Governor from The Walking Dead comic book figures line, although they didn't have a prototype completed yet and so all we had to check out was a cardboard cut-out inside of a mock-up of the box art. You can check that one out and the rest of them below.

And remember: The Walking Dead returns to your TV tonight. 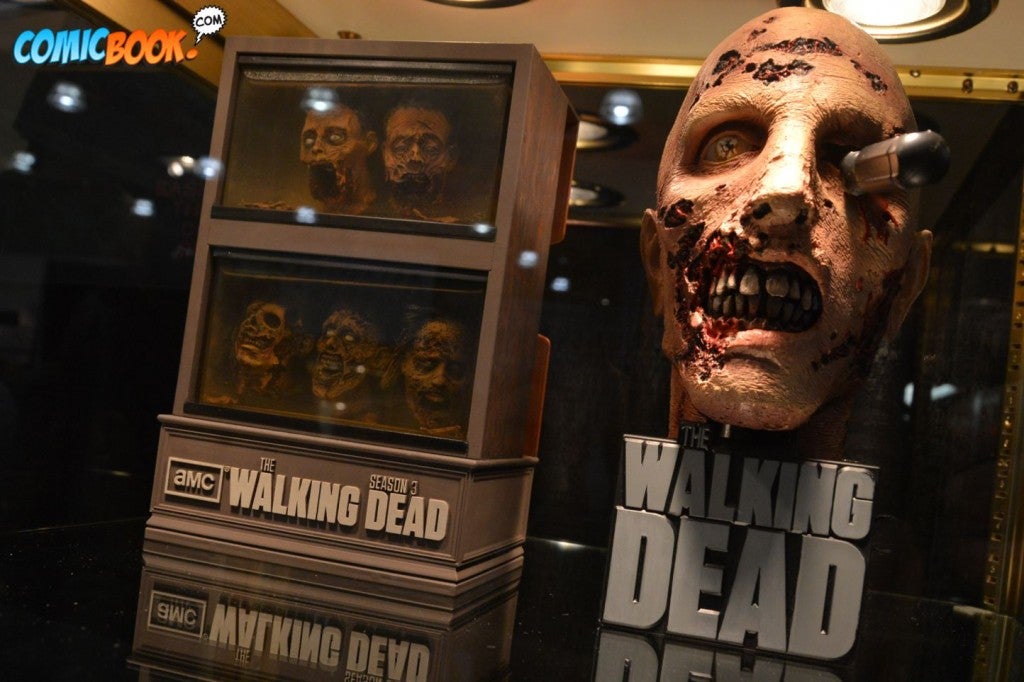 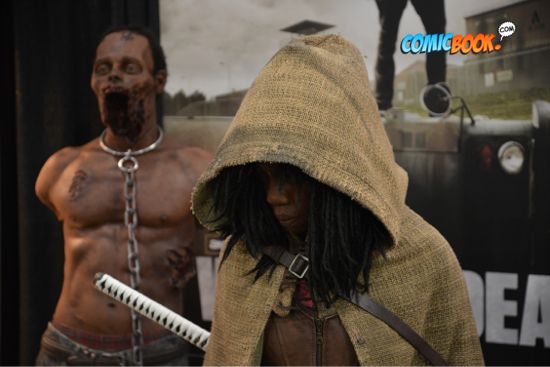 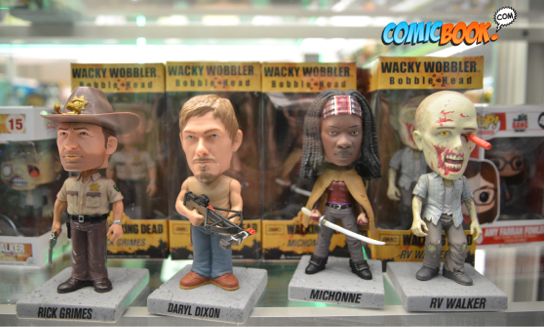 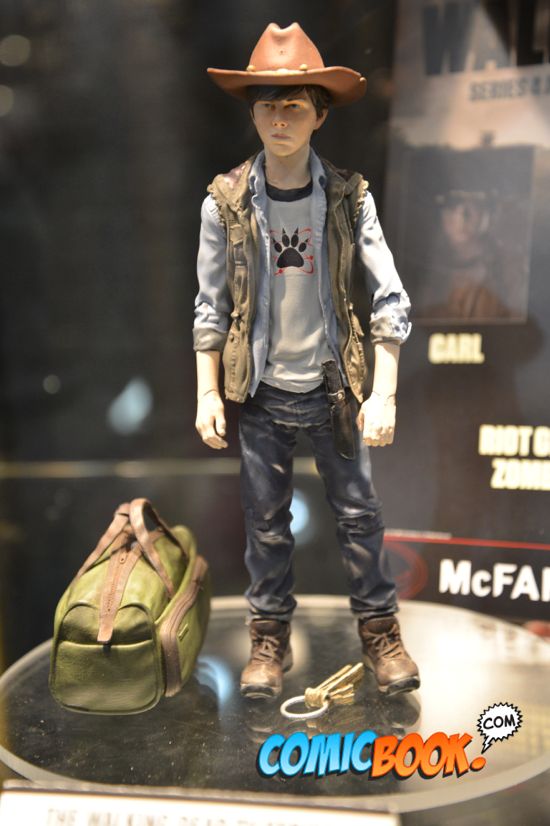 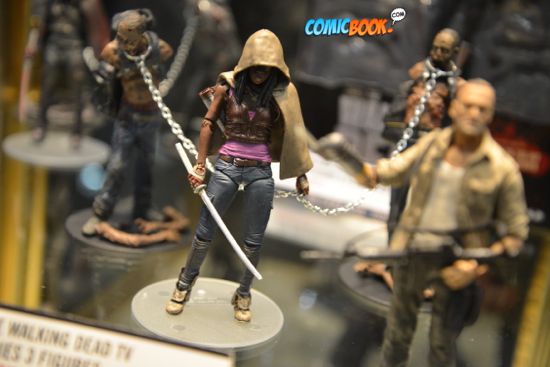 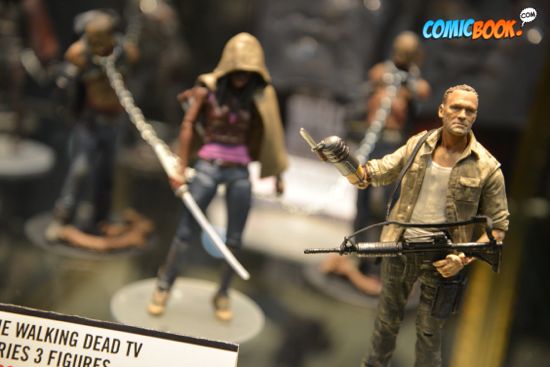 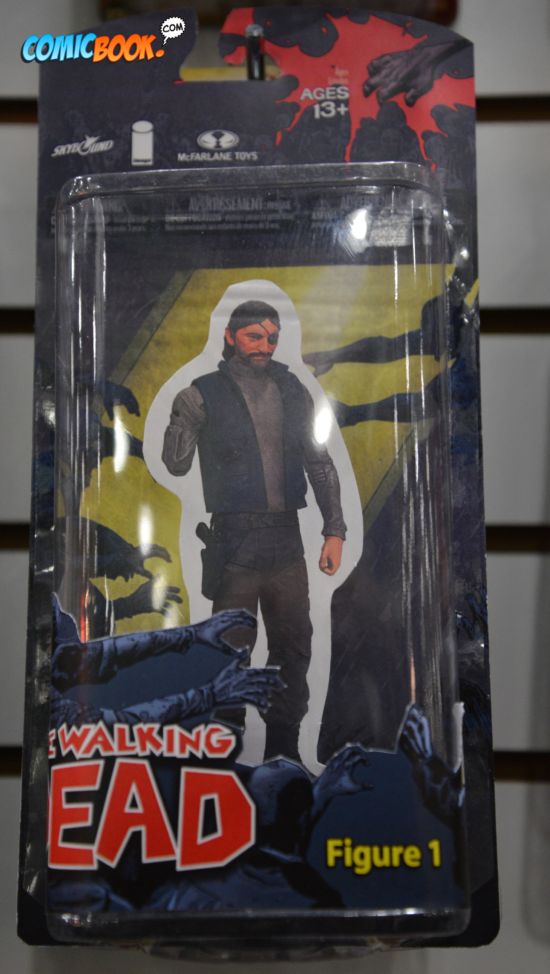