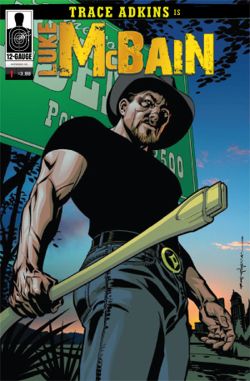 Last month, it was announced that country music star Trace Adkins would become the star of a new comic book series. Now, we have some more information on and some artwork from the series, which will be called Luke McBain. As far as we know, Adkins will be the first country music artist to ever invent an alter ego in comic books. Luke McBain will be a four issue mini-series published by 12 Gauge Comics, and the series is being billed as a hard-as-nails adventure story of revenge and redemption, in the tradition of "Walking Tall" and "Billy Jack." Most comic books are set in major cities, but Luke McBain will shake things up with a rural Louisiana setting. The series will follow McBain as he returns to his small hometown after serving 14 years in prison. David Tischman is the writer for the Luke McBain series, and Kody Chamberlain is the artist. Brian Stelfreeze is the cover artist. "The McBain character kicks ass and takes names," said writer David Tischman. "But the character also has a compassionate side, and he makes the hard choices few others have the guts to make." "Working with Trace and his team has been a fantastic experience, and our group of talented creators have given life to the character of Luke McBain; this is a very exciting time for our company," said 12 Gauge Comics publisher Keven Gardner. Luke McBain is scheduled to be released in November, and the comic will be available in comic book stores throughout North America. The title's launch will coincide with Adkins' latest nationwide tour. 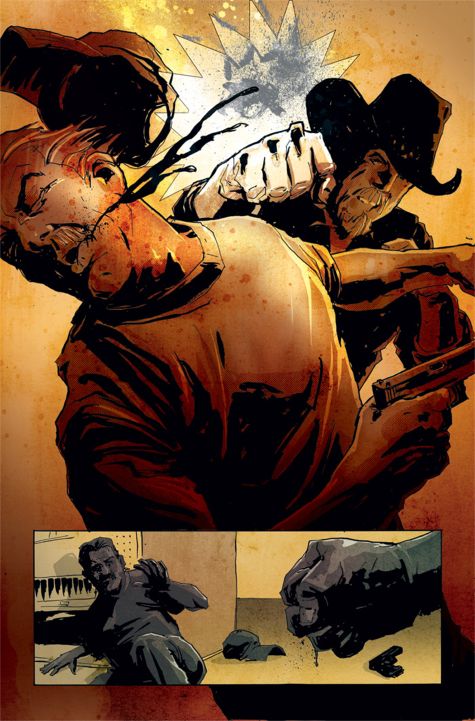