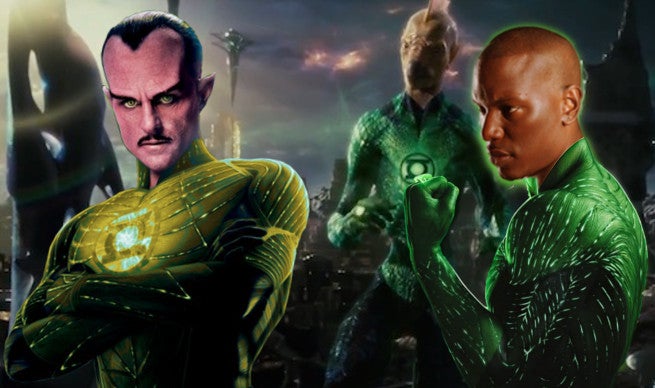 Tyrese Gibson has just posted the most exciting image and message on his instagram page. "I don't talk..... I move...," he wrote. He added the hashtags "WB" and "GreenLanternMission." The image appears to be Tyrese driving up to the gates of Warner Brothers Studios.

For the past week, the Furious 7 star has been posting messages showing his desire to play Green Lantern in the DC Comics cinematic universe. Accompanying those messages have been artwork, provided by fans, that show Tyrese wearing the Emerald Knight's costume.

On January 23rd, Tyrese kicked off his Green Lantern campaign with "Rumor has it" message and then it got really interesting two days later when he posted, "Idris fall back I got this!"

Could Tyrese end up as Green Lantern? It isn't as implausible as you might think. Many years ago when George Miller ("Mad Max") was working on his now-defunct Justice League film, Tyrese was up for the part of Green Lantern, but it eventually went to the rapper Common. If Warner Bros. was close to choosing him for the part then, why not now?