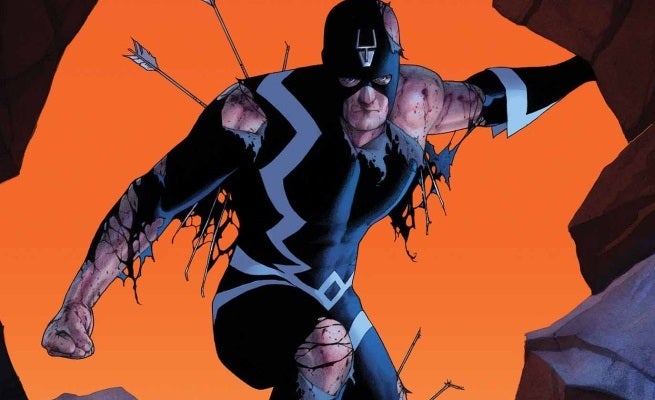 Uncanny Inhumans sees Black Bolt, King of the Inhumans in self-imposed exile. Now, he's on his own, and working to stop Kang the Conqueror from altering 20,000 years of the Inhumans' history.

See Black Bolt take on Kang in Uncanny Inhumans #0, on sale in April. See the preview in the gallery below.