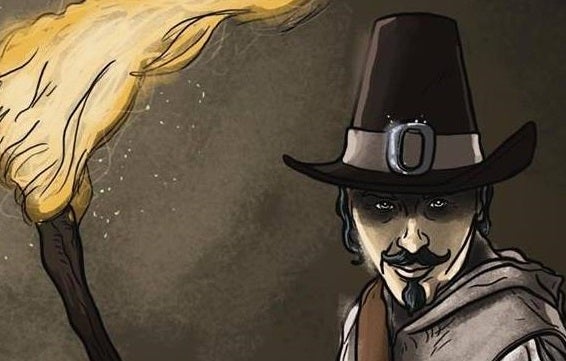 Just in time for the Fifth of November, Eco Comics has announced that Guy Fawkes is joining its roster of comic books and graphic novel stars.

Guy Fawkes was, historically, the public face of the failed Gunpowder Plot of 1605. His effigy is still burned every year across England on Bonfire Night to commemorate the failure of the plot.

Fawkes will make his Eco Comics debut in the publisher's upcoming series, Englishman. He will then go on to star in his own title. 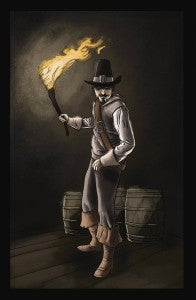 "The predictable approach for a writer in today's climate would be to portray Guy Fawkes as a terrorist," said writer Chris Bunting. "He is as complicated as he is extreme. He's not a dastardly villain twirling his moustache, but nor is he a hero in the traditional sense - even though he may consider himself to be. What Guy has in mind is a plot of epic proportions. Which for an expert in explosives can only spell big trouble."

The character of Fawkes has been taken on as a kind of cult symbol for (mostly leftist) anti-establishment groups and activists since the graphic novel (and film) V for Vendetta, in which the lead character wears a Guy Fawkes mask and seeks to rewrite history by successfully blowing up Parliament. The mask, designed as a kind of simplified version of Fawkes' real-life features, was designed for the series by artist David Lloyd and has since become synonymous with Anonymous, a loosely-organized group of online activists, and later the Occupy movement.

No street date or creative team is set yet for the comics.