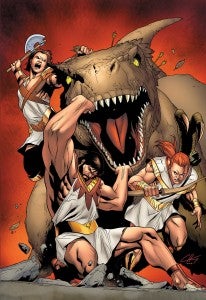 Earlier today, ComicBook.com spoke with Archer & Armstrong author Fred Van Lente about the series' most recent issue and the introduction of a new Geomancer to fight alongside (or maybe against?) Archer, Armstrong and The Eternal Warrior. You can read that here. Now, Valiant Entertainment has released a preview of May's Archer & Armstrong #0 by Van Lente and artist Clayton Henry, along with cover art for Shadowman #0, due the same month. Check out the solicitation text and images below.

This May, jump into two of Valiant's most popular ongoing series with all-new, standalone entry points in Shadowman #0 and Archer & Armstrong #0 – as told by an all-star cast of Valiant's visionary talents!First, writers Justin Jordan & Patrick Zircher team up with superstar artist Trevor Hairsine to chronicle the rise and fall of the 20th century's greatest defender inShadowman #0! Twenty-five years ago, Josiah Boniface was the Shadowman, and he had more problems than simply Master Darque – things from beyond are trying to eat the world, the police are trying to send him to jail and now he's got to rescue Helena LeBreton from a murderous cult, whether she likes it or not.Then, in Archer & Armstrong #0, the New York Times best-selling creative team ofFred Van Lente and Clayton Henry reunite to tell a tale of the early days of the man known as Armstrong! How early? How's ancient Ur sound?! For the first time, the 100 percent true story behind the Epic of Gilgamesh can be told… A tale of three warrior brothers, the Anni-Padda – better known to the Valiant Universe as Armstrong, the Eternal Warrior and Timewalker – on a quest to the mysterious Faraway. What they find is a lost land full of danger, excitement – and the greatest secret of the Valiant Universe!One month, two exciting new entry points into the Valiant Universe! As Harbinger Wars enters the second month of its epic conflagration this May, dive into Valiant's two latest titles with Shadowman #0 and Archer & Armstrong #0 - each featuring a Pullbox Exclusive Variant for comic shop subscribers who pre-order with their local retailer and incentive wraparound gatefold variants!And look for Valiant's first zero issue of 2013 on February 6th in Harbinger #0 by New York Times best-selling writer Joshua Dysart and red-hot artists Mico Suayan & Pere Perez!For more information on all of Valiant's upcoming releases, visit Valiant on Twitter, on Facebook and at ValiantUniverse.com.SHADOWMAN #0 - ON SALE THIS MAY!Written by JUSTIN JORDAN & PATRICK ZIRCHERArt by TREVOR HAIRSINECover by DAVE JOHNSONPullbox Exclusive Variant by KHARI EVANSWraparound Gatefold Variant by LEWIS LAROSA$3.99/T+/32 pgs.ARCHER & ARMSTRONG #0 - ON SALE THIS MAY!Written by FRED VAN LENTEArt & Cover by CLAYTON HENRYPullbox Exclusive Variant by LEE GARBETTWraparound Gatefold Variant by TOM FOWLER$3.99/T+/32 pgs. 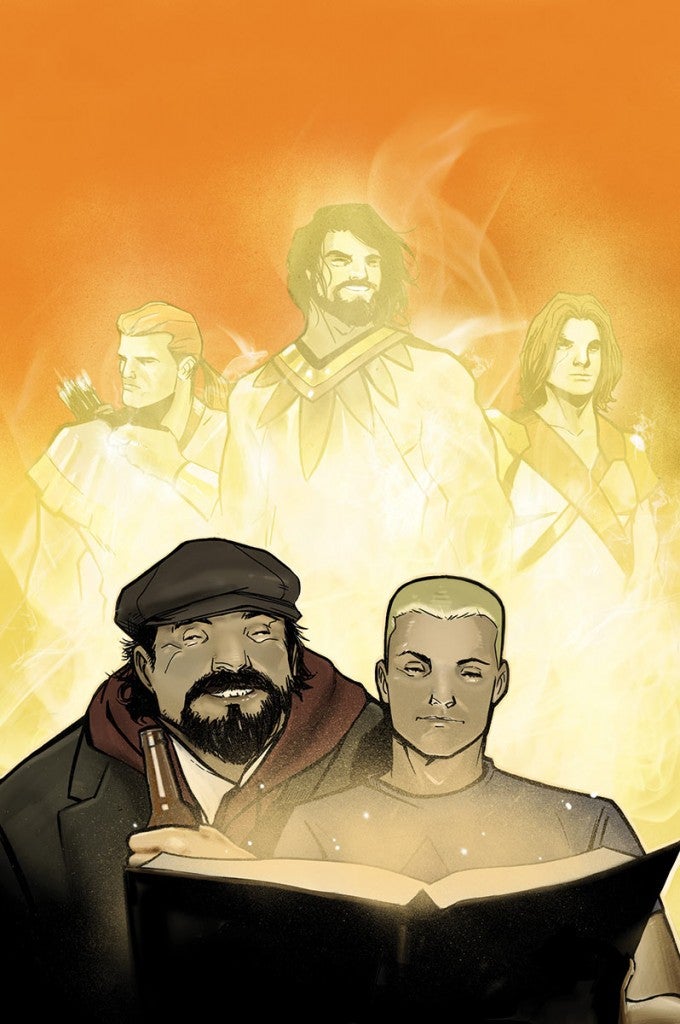 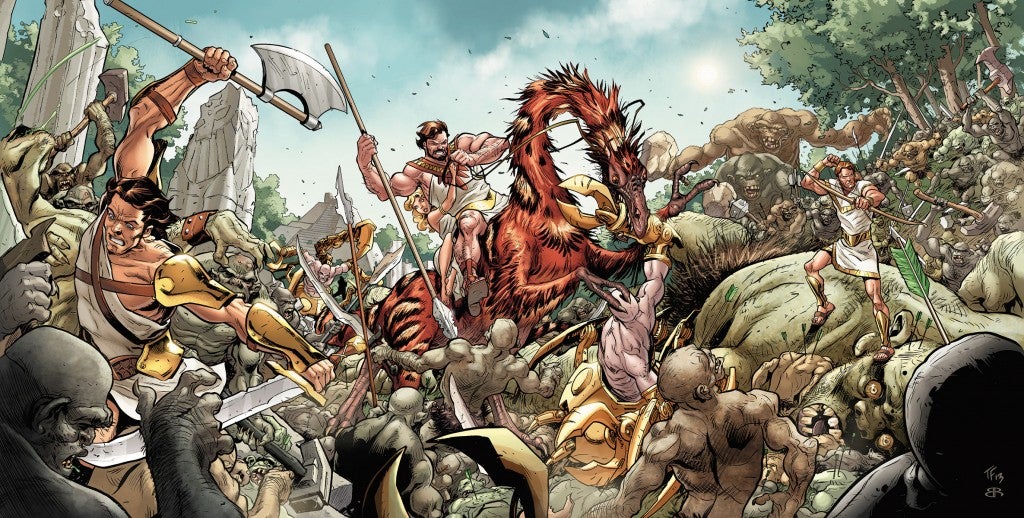 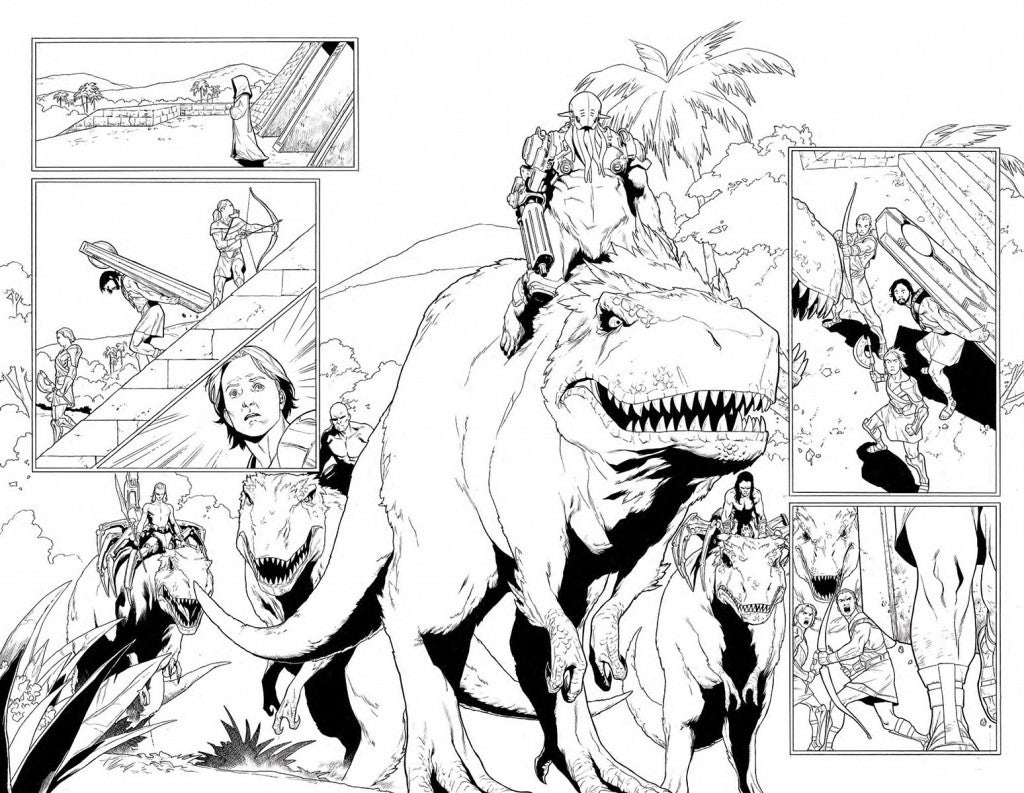 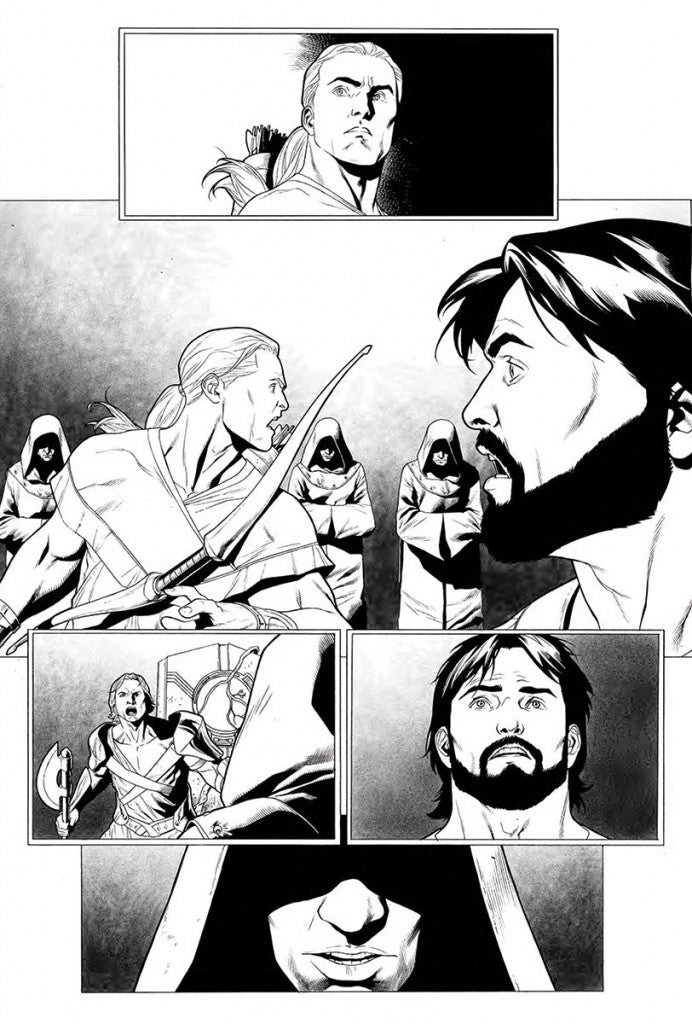 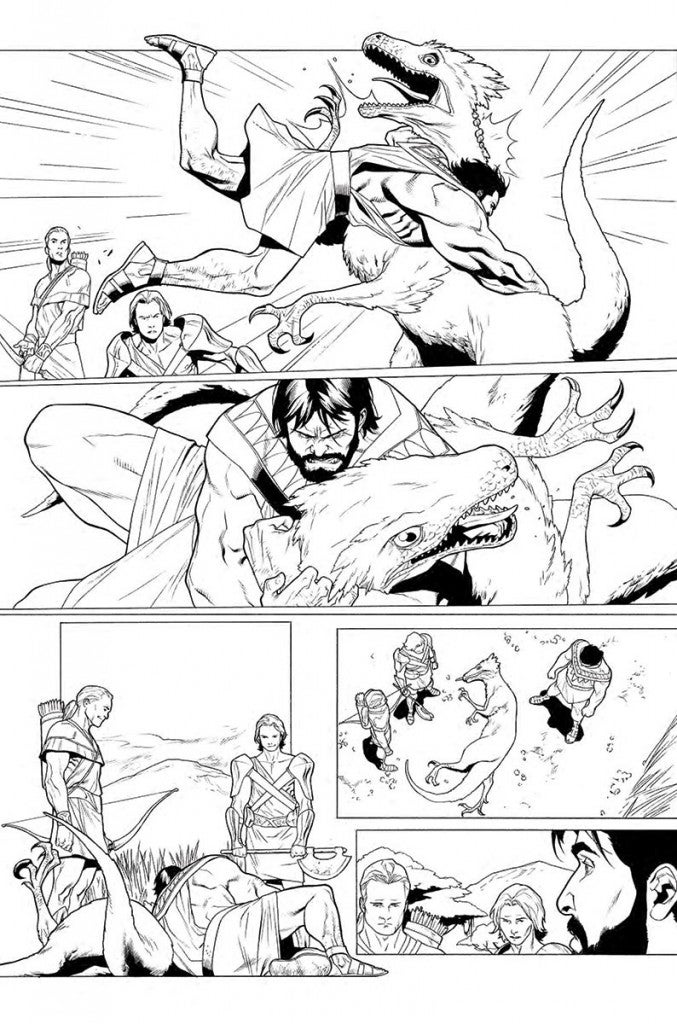 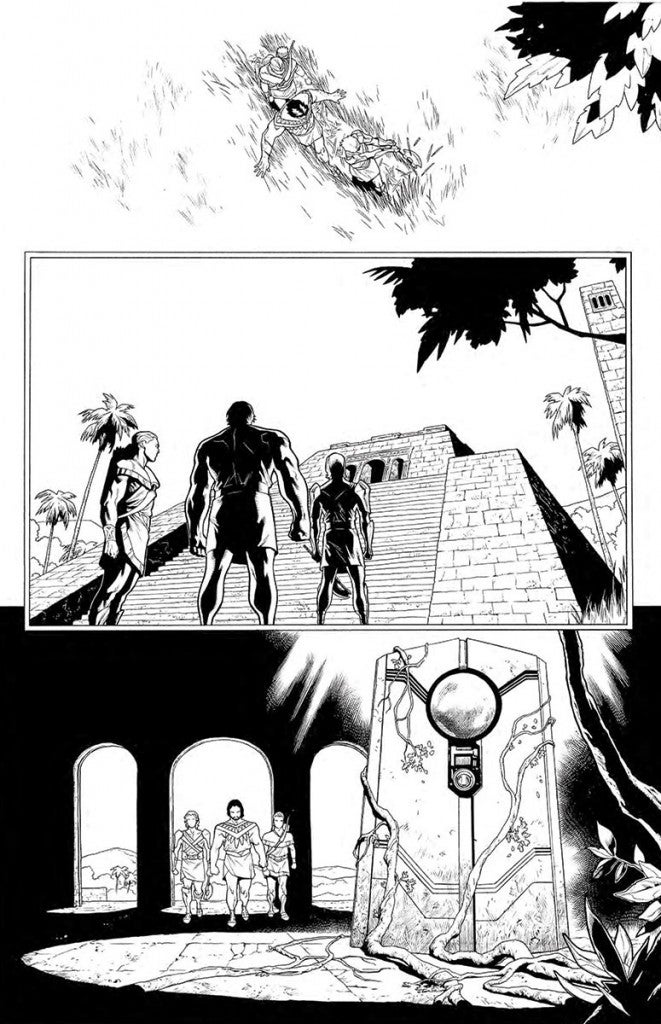 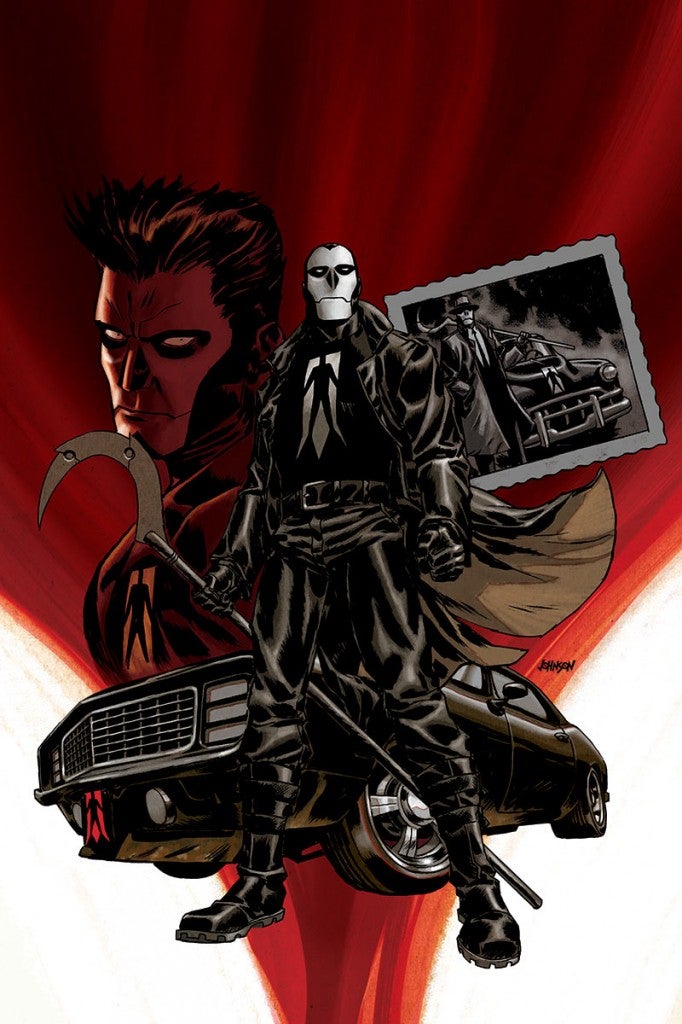 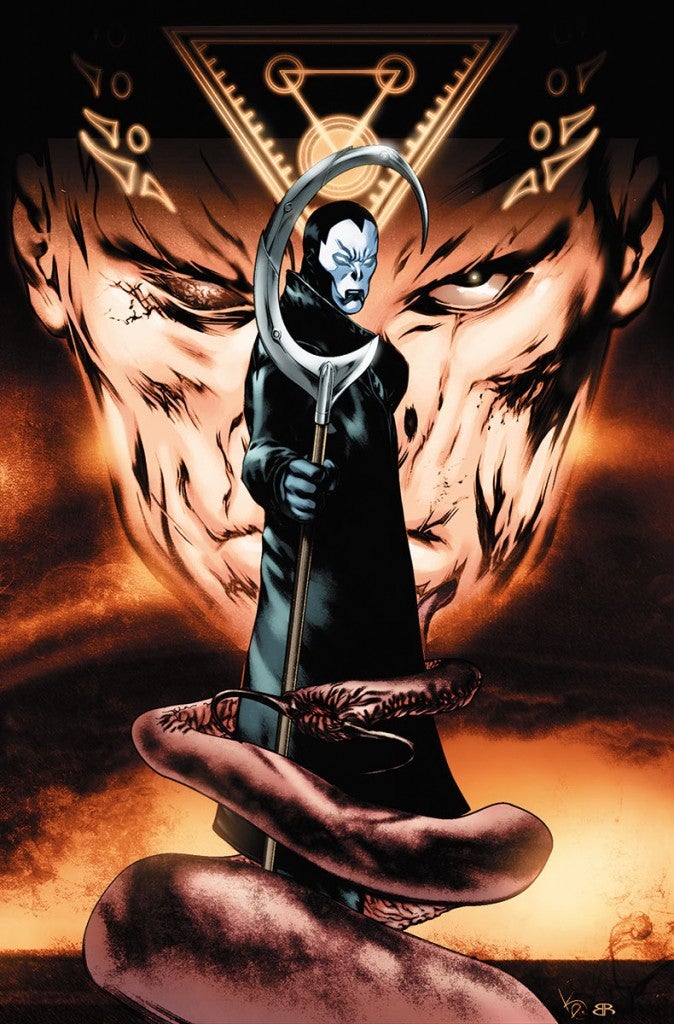 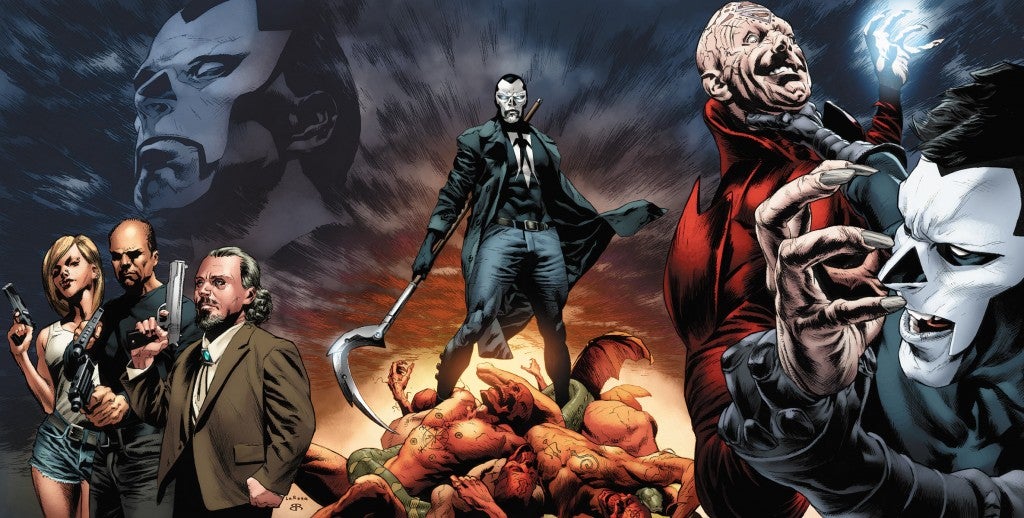